A Trump rally in Pensacola, Florida, offered a disturbing look into the End Times fantasies of many Trump loving conservative Christians.

At the rally, Florida state Senator Doug Broxson suggested that Trump’s controversial decision to move the U.S. Embassy in Israel from Tel Aviv to Jerusalem may usher in Armageddon, and the crowd cheered.

Senator Broxson was one of several individuals introducing Trump to the receptive crowd. At one point in his introductory speech the Republican lawmaker praised Trump’s recognition of Jerusalem as the capital of Israel as a win for people of faith, declaring:

Now, I don’t know about you, but when I heard about Jerusalem — where the King of Kings [applause] where our soon coming King is coming back to Jerusalem, it is because President Trump declared Jerusalem to be capital of Israel.

For the uninitiated, Broxson is claiming that moving the U.S. Embassy in Israel from Tel Aviv to Jerusalem sets the stage for the Second Coming of Christ, Armageddon, and End Times. It is a conservative Christian’s wet dream.

Theologian and scholar  Dr. Diana Butler Bass wrote a brilliant and succinct Twitter thread explaining the significance  the U.S. Embassy in Israel from Tel Aviv to Jerusalem for evangelical Christians, and the apocalypse:

For decades, conservative evangelicals have been longing for this recognition. They believe it is necessary in order to regain control of the Temple mount.

For decades, conservative evangelicals have been longing for this recognition.  They believe it is necessary in order to regain control of the Temple mount.

That is important because rebuilding the Temple is the event that will spark the events of the Book of Revelation and the End Times.

Of all the possible theological dog-whistles to his evangelical base, this is the biggest.  Trump is reminding them that he is carrying out God’s will to these Last Days.

They’ve been waiting for this, praying for this.  They want war in the Middle East.  The Battle of Armageddon, at which time Jesus Christ will return to the Earth and vanquish all God’s enemies.

For certain evangelicals, this is the climax of history.

And Trump is taking them there.  To the promised judgment, to their sure victory.  The righteous will be ushered to heaven; the reprobate will be banished to hellfire.

People believe this.  Really believe this.  Have given their lives to these ideas, sing about them in their churches, evangelize others, teach them in Sunday schools.

Bottom line: Many conservative Christians believe that moving the U.S. Embassy in Israel from Tel Aviv to Jerusalem sets the stage for  Armageddon, and that makes Trump lovers cheer. 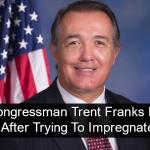