Spitting on the victims: Vatican announces Cardinal Bernard Law, protector of pedophile priests, will be honored with a full Cardinal’s funeral in Rome.

Law, the disgraced former Archbishop of Boston, died on Wednesday in Rome. He was 86 years old.

Law was appointed Archbishop of Boston in 1984, and was forced to resign in disgrace from the position in 2002, after reports revealed that he had been protecting pedophile priests, moving them from parish to parish, and in so doing allowing many innocent children to be raped and sexually assaulted.

“Spotlight,” a powerful film exploring the widespread sexual abuse of children by Catholic priests, was an account of The Boston Globe’s award winning reporting on how Cardinal Law systematically protected pedophile priests from prosecution, and the tragic consequences for the young victims of Law’s criminal behavior.

However after fleeing Boston in disgrace, Law was not disciplined by the Vatican for protecting and enabling the rape and sexual abuse of children by pedophile priests. Instead, Law was rewarded with a promotion. In 2004 Pope John Paul II made Law the Archpriest of the Basilica of Saint Mary Major, a largely ceremonial position from which he retired in 2011, at the age of 80.

CNN reports that Law will now be honored and celebrated in Rome with a full Cardinal’s funeral:

Cardinal Bernard Law, who has died 15 years after he resigned as Boston’s archbishop amid allegations that he covered up for pedophile priests, will receive a full cardinal’s funeral Thursday at St. Peter’s Basilica in Vatican City.

The funeral plans appear to follow the Catholic Church’s protocol for cardinals who die in Rome, even as a network of survivors of sex abuse by priests has publicly called on the Vatican to keep survivors in mind when planning the event.

Cardinal Angelo Sodano, the dean of the College of Cardinals, will celebrate the funeral Mass, scheduled for 3:30 p.m., the Vatican said. Pope Francis then will give a “final commendation,” or blessing, as he has previously for cardinals’ funerals.

That’s right, Pope Francis will honor this moral monster with a “blessing.”

Before the funeral plans were announced, the Survivors Network of those Abused by Priests (SNAP) released a statement urging against a “celebratory focus” on Law:

Survivors of child sexual assault in Boston, who were first betrayed by Law’s cover-up of sex crimes and then doubly betrayed by his subsequent promotion to Rome, were those most hurt. No words can convey the pain these survivors and their loved ones suffered.

Our only hope is that the Vatican keeps these survivors in mind when it comes time for the cardinal’s funeral. We highly doubt there is a single victim of abuse who will ever receive the same attention, pomp and circumstance by Pope Francis. Every single Catholic should ask Pope Francis and the Vatican why. Why Law’s life was so celebrated when Boston’s clergy sex abuse survivors suffered so greatly? Why was Law promoted when Boston’s Catholic children were sexually abused, ignored, and pushed aside time and time again?

This celebratory focus on abuse enablers like Law must end. It is time for the Vatican to refocus on change: protecting children and those who have been hurt.

Clearly the Vatican and Pope Francis do not care about the survivors of  child sexual assault, but they will gladly celebrate and honor a man who facilitated and allowed the sexual abuse of countless children.

Bottom line: The Vatican and Pope Francis will spit on the victims of Cardinal Law’s criminal behavior, and honor a horrendous enabler of child abuse. 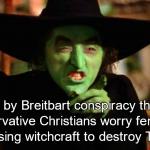 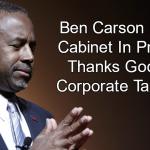 December 20, 2017 Creeping Theocracy: Ben Carson Leads Trump Cabinet In Prayer
Recent Comments
0 | Leave a Comment
Browse Our Archives
get the latest from
Nonreligious
Sign up for our newsletter
POPULAR AT PATHEOS Nonreligious
1