The Moore Oklahoma Police Department released the bodycam footage of former Republican State Senator Ralph Shortey being busted in a hotel room with a teen boy earlier this week.

After being caught in the hotel room with the underage boy, the conservative Christian lawmaker Ralph Shortey entered a plea of guilty late last month to child sex trafficking charges in hopes of receiving a more lenient sentence.

In the recently released police body cam footage Shortey can be seen wearing an obnoxious and misogynistic T-shirt saying “make me a sandwich” with a reference to the Biblical quote from Ephesians 5:22:

Wives, submit yourselves to your own husbands as you do to the Lord.

Shortey is married with four children.

The following is a excerpt from some of the dialogue during the arrest:

Officer: “You got an ID, Shortey? Shortey doesn’t sound like a last name to me.”

Shortey: “It is my last name.”

Officer: “Shortey is? And then you growed like 10 feet?!”

Shortey: “I’m sorry, you guys are just freaking me out a little bit.”

(The officer can be heard saying that the boy is 17 years old. Shortey claims he “didn’t know.”)

Officer: (laughing) “No! I can’t. But I can convince you that he is. I can put you in handcuffs and put you in the back of a car.”

Officer: “What sense does it make for me to lie to you? But listen, whatever you’re doing, it’s a bad f*cking idea. Does that make sense to you?”

Elected to the state senate in 2010,  Shortey represented Oklahoma City before being arrested on child sex trafficking charges last spring.

Before his arrest, Shortey was a prominent Christian conservative in Oklahoma politics, known for being a birther, and a Trump supporter.

In fact, Shortey was the Oklahoma state chair of President Donald Trump’s campaign during the 2016 primary elections.

Also, before being busted with an underage boy in his hotel room, the anti-abortion, Christian conservative, Republican state senator made national news in 2012 when he proposed a bill that would ban human fetuses from being used in food.

(“.. a bill that would ban human fetuses from being used in food.” Wow!)

Shortey resigned from his position as state senator last March.  Currently Shortey is awaiting sentencing, and faces up to life in prison after pleading guilty to child sex trafficking last month.

Bottom line: Nothing says “conservative Christian Republican family values” like a state senator caught in a hotel room with an underage boy.

Watch video of Shortey’s arrest below via The Lost Ogle – 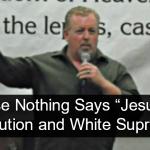 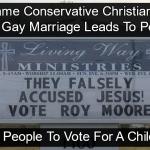 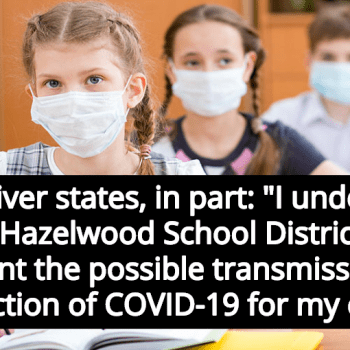