House of Horror: Christian homeschoolers in California kept their children “shackled to their beds with chains and padlocks.”

A California couple is under arrest after police found their 13 children emaciated and “shackled to their beds with chains and padlocks in dark and foul-smelling surroundings” in their family home.

The parents, David Allen Turpin, 57, and Louise Anna Turpin, 49, are currently being held on charges of torture and child endangerment. Bail is set at $9,000,000 each.

Local police were alerted to the horrific crime after one of the children managed to escape the house of horrors and contact the authorities.

A press release from the Riverside County Sheriff’s Department describes the horrific scene found at the home:

but the parents were unable to immediately provide a logical reason why their children were restrained in that manner.

Police officers were later “shocked” to find that seven of the 13 children were actually adults between 18 and 29 years-of-age. Due to the severe malnutrition, reports indicate the adults being held captive actually looked like children.

James and Betty Turpin, the parents of David Turpin, and grandparents to the abused children, said that “God called on them” (referring to their son David and his wife Louise) to have as many children as possible.

In fact, the family home where the children were tortured and abused is also a registered private school called the Sandcastle Day School. David Turpin is listed as the principal of the school.

Anecdotal evidence indicates that registering a residence as a private school is a common practice among Christian homeschoolers in California who seek exemption from the California compulsory education law.

The fact is, while homeschooling can be a good fit for some children, often the parents are not qualified either by temperament or education to be homeschooling their children. Add to that the ignorance and bigotry associated with religious superstition, and one is left with a toxic brew ripe for abuse and neglect.

And, as always, it is the children who suffer for the parents’ folly. 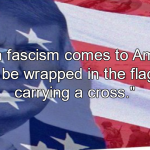 January 12, 2018
For White Evangelicals, Trump’s Racism Is A Feature, Not A Bug
Next Post 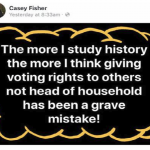 January 16, 2018 GOP Official: Giving Women The Vote ‘A Grave Mistake’
Recent Comments
0 | Leave a Comment
Browse Our Archives
get the latest from
Progressive Secular Humanist
Sign up for our newsletter
POPULAR AT PATHEOS Nonreligious
1