A Tennessee man flips his truck five times after letting go of the steering wheel because Jesus wanted to drive.

According to reports, Chad O. England flipped his truck five times on a Tennessee interstate earlier this week after he thought Jesus was calling him and advising him to let go of the wheel and let Jesus do the driving.

After the accident England told officers that he was behind the wheel, but that he wasn’t driving at the time of the crash. Because, you know, Jesus was driving.

He said that Jesus was calling him and advised him to let go of the wheel, and that’s what he did.

And that’s what he did. As a consequence of his special relationship with Jesus, England’s truck flipped five times.

After receiving medical clearance, England was transported to the Sullivan County Jail. No one was injured in the accident; and, as usual, Jesus was nowhere to be found.

According to a the Tennessee Highway Patrol (THP) report:

WVLT TV reports on the story:

Two witnesses said they saw England speeding down the highway, when, for no apparent reason, he left the roadway on the right side. THP reported England said that he did not take off running, he was “being called and was traveling to bow before someone.” He also stated he was not driving, but he was behind the wheel. He denied a blood draw, but was obviously under the influence of drugs, according to the incident report. 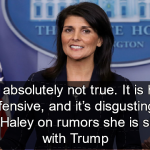 January 26, 2018
Nikki Haley Wants You To Know She’s Not Sleeping With Trump
Next Post 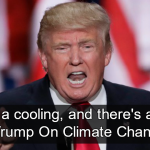 January 29, 2018 Trump On Climate Change: ‘There Is A Cooling, And There's A Heating’
Recent Comments
0 | Leave a Comment
Browse Our Archives
get the latest from
Nonreligious
Sign up for our newsletter
POPULAR AT PATHEOS Nonreligious
1