Good news: Ultrasounds are no longer required to obtain an abortion in Missouri after The Satanic Temple challenges the state’s restrictive abortion laws.

The Satanic Temple has been fighting a quiet battle in Missouri to protect a woman’s right to choose an abortion, claiming that any restriction on abortion violates their “sincerely held religious beliefs.”

Earlier this week, The Satanic Temple argued their case in front of the Missouri Supreme Court, and in so doing won a significant victory, even though the case has yet to be decided.

The victory: During oral arguments, Missouri’s Solicitor General announced to the State’s Supreme Court that ultrasounds are not mandatory to obtain an abortion.

Currently Missouri’s abortion providers regularly perform ultrasounds on all women seeking an abortion because they were mandated by the state. This admission by Missouri’s Solicitor General reverses that policy, and will relieve many women from the burden of going through a medically unnecessary and demeaning medical procedure.

A press release from the Satanic Temple explains:

John Sauer, Missouri’s Solicitor General announced to the State’s Supreme Court that ultrasounds are not mandatory to obtain an abortion. This information no doubt comes as a surprise to Missouri’s abortion providers who regularly perform ultrasounds they have perceived as mandated by the State. The issue arose during oral arguments in The Satanic Temple’s (TST) lawsuit, which asserts that State interference with the ability for a member of TST … to terminate her pregnancy violates her rights under Missouri’s Religious Freedom Restoration Act (RFRA) because that interference has no medical or other compelling purpose….

… In an audio recording of the arguments published by the court, Justices of the court asked the State’s representative if, “it’s the position of the State that an ultrasound does not have to be conducted unless a person says they want the opportunity to hear the fetal heartbeat.” (13:16) Mr. Sauer affirms that the State’s interpretation of statute (MO Rev Stat § 188.027) is that women only be offered the “opportunity,” to have an ultrasound and listen to the fetal heartbeat, and if a woman declines hearing the audio, the ultrasound need not be performed and the requirement has been satisfied (15:20).

A recording of the full oral arguments is now available online.

Commenting on the new development, Jex Blackmore, a spokeswoman for The Satanic Temple, said:

The State’s interpretation of the law will allow women in Missouri seeking an abortion to do so with a level of dignity not currently available to them. Women will no longer be forced to decide whether or not they want to listen to the fetal heartbeat while naked, with their feet in stirrups, and a transvaginal ultrasound wand inside of them.

Bottom line: By turning the religious freedom argument against conservative Christians, The Satanic Temple is successfully defending a woman’s right to a safe and legal abortion in Missouri. 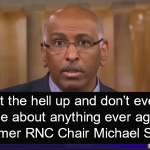 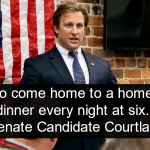 January 25, 2018 Missouri Senate Candidate Sykes: Women Are Here To Cook My Dinner
Recent Comments
0 | Leave a Comment
Browse Our Archives
get the latest from
Progressive Secular Humanist
Sign up for our newsletter
POPULAR AT PATHEOS Nonreligious
1