The Guardian reports that under the direction of conservative Christian Ben Carson the Department of Housing and Urban Development (HUD) will spend $165,000 on “lounge furniture” for its D.C. office.

This latest report comes after reports earlier this week that Carson spent $31,000 on a lavish dining set for his office. According to reports, the $165,000 is in addition to the $31,000 spent on the dining set.

Carson’s outrageous and obscene conspicuous consumption at the expense of taxpayers comes at the same time HUD is facing a $6.8 billion budget cut, cuts that would have drastic and tragic consequences for programs that serve the poor and homeless.

Reporting on the obscene expenditures, The Hill notes:

These revelations came after Helen Foster, a senior career official at the agency, alleged in a complaint to a watchdog for federal employees that she had been demoted after she refused to “find money” for the redecoration of Carson’s office.

Before President Trump’s inauguration, then-acting HUD Secretary Craig Clemmensen had asked Foster to help Carson’s wife get funding for the redecoration. Foster told Clemmensen that they could only legally spend $5,000 to improve the suite but said she was told to find the money anyway.

She says Clemmensen told her that “$5,000 will not even buy a decent chair.”

And while Carson has no problem spending great sums of taxpayer money on opulent furnishings for his office, the conservative Christian has shown only contempt for the poor and homeless Americans his agency is supposed to serve.

Last May, the New York Times reports that Secretary of Housing and Urban Development Ben Carson wanted homeless shelters to be uncomfortable so poor people would try harder to improve their economic status.

According to that report, on a recent tour of homeless shelters Carson was happy if the shelter was obviously an uncomfortable place to live, while the conservative Christian appeared put off if a shelter seemed too comfortable.

For example, Carson was happy to see homeless people forced to sleep in a room stacked with dozens of bunk beds and no televisions:

[Carson] nodded, plainly happy, as officials explained how they had stacked dozens of bunk beds inside a homeless shelter and purposefully did not provide televisions.

On the flip side, Carson seemed annoyed when they toured an apartment complex for homeless vets, lamenting the decent standard of living enjoyed by the vets, and complaining that the facility lacked “only pool tables.”

Carson tried to justify his cruelty by calling it “compassion”:

Compassion, Mr. Carson explained in an interview, means not giving people “a comfortable setting that would make somebody want to say: ‘I’ll just stay here. They will take care of me.’”

In other words, Carson wants housing for homeless people to be uncomfortable so low-income Americans won’t become reliant on the government for a helping hand. It is a cruel and mean-spirited line of thought used by many conservative Christians to further punish and stigmatize the poor.

Also in May 2017, Carson claimed that poverty is “a state of mind” during a SiriusXM radio interview. 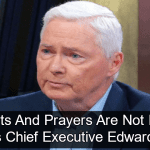 February 28, 2018
Dick’s Sporting Goods: ‘Thoughts And Prayers Are Not Enough’
Next Post 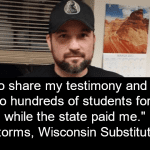