Idiots on parade: In a bizarre and asinine gesture Rep. Mike Bost delivers a big bag of prayers to President Trump after the Florida school shooting.

The outrage was real after Rep. Mike Bost posted a picture of himself delivering a big bag of “thoughts and prayers” to President Donald Trump. Many of Bost’s constituents on Facebook were livid after the Illinois lawmaker posted the bizarre and insensitive photo to his Facebook feed:

a bag of paper, and two bags of hot air.

Fuck your thoughts and prayers. Your children are dying because you’re such a ridiculous failed country.

This is the most ridiculous thing I have ever seen. You are literally in charge of making the laws for for gun control and you delivered thoughts and prayers. That is an offensive smack in the face to all the people who don’t have a right to healthcare but the shooter has a right to his guns.

Yeah, don’t these look just like a couple of guys who are sorry for 17 murders? Look at those smiles.

Mike, every time I swear you can’t lower the bar you surprise me. Smiling at a time like this? Oh, wait, it *is appropriate to smile while you’re getting face time with the president. And that’s what counts here, isn’t it?

Instead of prayers and thoughts, when are you going to get serious about some common sense gun regulations? What a disgusting stunt, and both of you grinning like loons.

However, not all the reactions were negative. Some of the faithful appreciated Bost’s gesture. For example:

Thanks Mike and Tracy for all you do for Southern Illinois and for helping to make America Great Again. There is nothing more powerful than the prayers of true Christians. Bringing God fearing people together is what it will take to stop the senseless violence committed throughout this country and the world!

Yet while a few conservative Christians will praise the meaningless gesture, most Americans are fed up with the endless cycle of gun violence followed by the inevitable chorus of “thoughts and prayers” from GOP lawmakers who refuse to act and save lives because they are bought and paid for by the NRA.

There is a segment of this society that will shrug this off and send their thoughts and prayers but will march for hours if they have to bake a rainbow wedding cake.

Bottom line: In a revolting display, Rep. Mike Bost delivers a big bag of prayers to President Donald Trump after the Florida school shooting, using the tragedy of dead kids as a pretense for a grotesque photo op. 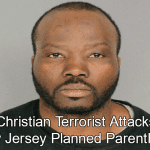 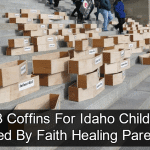