Earlier this year in Virginia Baird was found guilty on five counts of indecent liberties with a minor by a custodian, after a four-day jury trial in Prince William County Circuit Court.

However, despite the guilty verdict, Baird will only serve eight months because of the jury’s lenient sentence recommendation.

Judge Burke F. McCahill sentenced Baird to five years in jail, with all but three months suspended for the solicitation charge and five months for all of the indecent liberties charges. McCahill said the law did not allow him to impose a higher sentence than the one the jury recommended, even though the state sentencing guidelines were between one and five years in prison for each indecent liberties charge.

Baird will also have five years of probation and will have to pay $12,000 in restitution to the victim’s family. He was barred from contacting the victim or her family and was ordered to register as a sex offender.

According to reports, prosecutors allege Baird, 26, of Warrenton, Virginia, “used his position as the son of the leader of the Life Church and as a Christian pop singer to manipulate young girls and women into having inappropriate relationships with him.”

The report also notes that the victim and her family have been “shunned” by members of the megachurch since she came forward to share her story, with many church members “mocking” and “ridiculing” the victim.

Noting the fact that church members have been shunning the victim and her family, during the sentencing hearing Judge McCahill told Baird:

Many people have abandoned them (the victim and her family) to align with you. They were victimized a second time by this.

The judge went on to note that Baird, as the girl’s youth pastor, had violated his position of trust.

As for the victim, she was defiant while testifying at the sentencing hearing, at one point declaring:

You kept me silent for a year and a half, and I want you to know you no longer have control over me. This is not your story. This is my story and I will use it to help other victims. You picked the wrong girl to mess with. Thank you for empowering me to stand up and fight for what is worth fighting for.

Before Baird was busted for being a sexual predator, he was a contestant on “The Next,” a musical competition/reality show:

Bottom line: Megachurch youth pastor and aspiring Christian pop star Jordan Baird will only serve eight months for sexually abusing a teen girl in his congregation. In reaction to the crime, the good Christians at  Life Church in Virginia mock, ridicule, and shun the underage victim. And they call it “Christian love.” 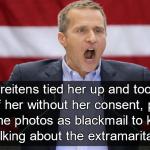 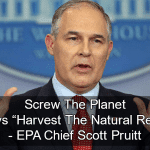