They called themselves “The Crusaders”: Trial begins for Christian terrorists accused of plotting to bomb a mosque in Kansas in hopes of starting a race war.

In 2016 federal investigators stopped a domestic terrorism plot to bomb a Kansas apartment complex that is home to mostly Somali Muslims and is also used as a mosque.

According to reports, the plot to kill Muslims was planned by a small group of Christian extremists known as “The Crusaders.”

Patrick Stein, Gavin Wright and Curtis Allen were arrested in October 2016 and charged with conspiracy to bomb the apartment complex.

Now those terrorists are on trial.

Melinda Henneberger, writing for the The Kansas City Star reports:

Curtis Allen, and two other men, Patrick Stein and Gavin Wright, are accused of trying to start an all-out race war with their plan to detonate a series of bombs at the Garden City, Kansas apartment building where Somali refugees they called “cockroaches” lived and worshiped.

On accused terrorist Curtis Allen’s Facebook page multiple anti-Muslim posts could be found at the time of his arrest, including posts promoting violence against and killing of Muslim people. In addition, Allen posted Christian based hatred against LGBT people, including an image from Deuteronomy and the following text:

In her opening statement to the jurors on Thursday, prosecutor Risa Berkower said:

They wanted to send the message that Muslims are not welcome here — not in Garden City, not in Kansas, not in America.

At the time of their arrest, acting U.S. Attorney Tom Beall told reporters that the accused men were members of a small Christian militia group called “The Crusaders.”

The Associated Press reports that the men were also associated with a militia group calling itself the Kansas Security Force.

The three accused have pleaded not guilty to charges that include conspiracy to use a weapon of mass destruction.

Defense attorneys for the accused argue that there was no conspiracy to bomb the apartment complex, only some “banter” among friends – free speech that’s protected by the U.S. Constitution.

Instead of a conspiracy, defense attorneys argue the men were entrapped by an over zealous FBI informant.

However, according to reports the defendants conducted surveillance to size up potential targets; stockpiled firearms, ammunition, and explosive components; and even prepared a manifesto describing their beliefs to be published after the bombing.

If convicted, the defendants face up to life in federal prison.

The trial is expected to last six weeks. 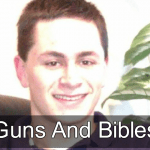 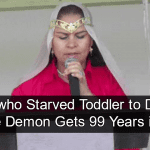 March 24, 2018 Pastor Gets 99 Years In Prison After Starving Child To Death During Exorcism
Recent Comments
0 | Leave a Comment
Browse Our Archives
get the latest from
Nonreligious
Sign up for our newsletter
POPULAR AT PATHEOS Nonreligious
1