Faith healing kills: Parents convicted of involuntary manslaughter after refusing to seek medical care for their child on religious grounds.

Earlier this week Jonathan Foster, 35, and Grace Foster, 34, were convicted in a Pennsylvania court of child endangerment and involuntary manslaughter in the November 2016 death of daughter Ella Grace Foster.

According to reports, the couple did not seek any medical care for their ailing daughter because of their religious beliefs. Instead, the parents treated their two-year-old daughter’s pneumonia with prayers and anointing oil instead of medicine, with tragic consequence.

Previously, according to a police affidavit, Jonathan and Grace Foster attributed the death of their daughter to “God’s will.”

However, medical professionals testified to the fact that a routine course of antibiotics would have almost certainly saved the young girl’s life.

The Fosters, who were charged with involuntary manslaughter and child endangerment last year, belong to Faith Tabernacle Church, a religious sect that does not believe in any type of medical intervention, only faith healing.

This is not the first time a child has died because of the dangerous faith healing practices taught by the church. In fact, the Faith Tabernacle Congregation is notorious for “faith based medical neglect.”

An advocacy group that tracks faith-based medical neglect says the church’s position has resulted in the deaths of dozens of children from preventable or treatable conditions.

In Pennsylvania, at least 10 children whose parents belong to various branches of the fundamentalist sect have died of treatable illnesses in the last several decades. Several church members have been prosecuted for failing to seek medical care.

Previously prosecutors charged the dead girl’s grandfather, Pastor Roland Foster, who is pastor of Faith Tabernacle Church, for failing to report child abuse, but a judge dismissed the case in December for lack of evidence.

The couple already surrendered their six other children to child services. They will remain free until sentencing, which is scheduled for sometime in April. 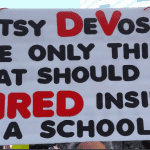 March 24, 2018
Best Protest Signs From March For Our Lives
Next Post 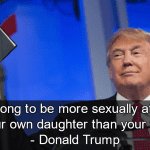