In yet another case of Republicans being caught declaring in public what they are only supposed to whisper about in private, Alamosa County Republicans in Colorado are apologizing after publicly declaring their hatred for poor people.

After some predictable and well-deserved outrage, the Alamosa County Republicans deleted the offensive social media posts.

Also, in an attempt at damage control, the Alamosa Republicans Facebook page issued an apology for their “inappropriate and offensive post”:

In a similar faux pas, last month Virginia GOP leader Fredy Burgos was punished after claiming that only Christians are fit to run for political office.

Despite expressing what many Republicans say in private, GOP party authorities in Virginia were forced to rebuke Burgos after the comment received considerable local media attention, just as the author of the offensive social media posts for the Alamosa County Republicans was forced to resign.

Bottom line: Republicans hate poor people, but they don’t want that fact to be public knowledge. 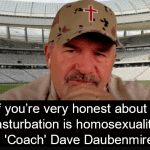 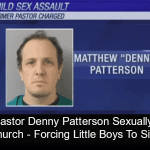 April 3, 2018 Anti-Gay Nashville Pastor Arrested For Molesting Little Boys
Recent Comments
0 | Leave a Comment
Browse Our Archives
get the latest from
Progressive Secular Humanist
Sign up for our newsletter
POPULAR AT PATHEOS Nonreligious
1