The Hill reports Democrats and others are furious after reports circulated that House Speaker Paul Ryan forced House Chaplain Rev. Patrick Conroy to resign earlier this month without explaining or justifying his actions.

A letter to Ryan from Conroy dated April 15 and recently obtained by The Hill states:

As you have requested, I hereby offer my resignation as the 60th Chaplain of the United States House of Representatives.

Conroy has served as chaplain since 2011. His resignation is effective May 24.

Apparently  Ryan asked for Conroy’s resignation because of a prayer Conroy gave that was critical of the GOP tax bill.

On Nov. 6 — the first day of the markup on the GOP’s tax bill — Conroy in a prayer urged lawmakers to ensure the legislation did not exacerbate the nation’s gaping class disparities.

“May all Members be mindful that the institutions and structures of our great Nation guarantee the opportunities that have allowed some to achieve great success, while others continue to struggle,” Conroy said during his prayer. “May their efforts these days guarantee that there are not winners and losers under new tax laws, but benefits balanced and shared by all Americans.”

A source also says Conroy’s decision to invite a Muslim to give an opening prayer contributed to his ouster.

“Some of the more conservative evangelical Republicans didn’t like that the Father had invited a Muslim person to give the opening prayer,” the source said according to The Hill.

No doubt this part of the prayer is what made Ryan and other Republicans upset:

May their efforts these days guarantee that there are not winners and losers under new tax laws, but benefits balanced and shared by all Americans.

For anybody paying attention, the prayer was a clear rebuke of the GOP’s unfair and unjust tax policy that rewards the rich and the super-rich, while penalizing the middle-class and the poor. And clearly Ryan and his fellow Republicans were paying attention.

Indeed, the fact that Ryan and other Republicans were offended by this particular prayer might as well be an admission of guilt.

In addition to the prayer for tax fairness, some suggest that Ryan forced Conroy to resign because conservative Christian GOP members were angry that Conroy once invited a Muslim to deliver the opening day invocation.

To be clear, the existence of a House Chaplain is itself an affront to the secular values upon which this nation was built. However, for Ryan to force Conroy to resign for simply praying for tax fairness demonstrates a poverty of both intellect and character.

In fact, the word “deplorable” comes to mind. 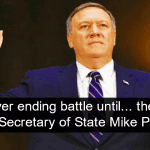 April 26, 2018
New Secretary Of State Pompeo Promises To Fight ‘Until The Rapture’
Next Post 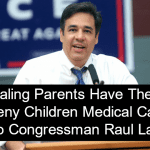 April 27, 2018 Idaho Congressman Labrador Defends Faith Healing Parents
Recent Comments
0 | Leave a Comment
Browse Our Archives
get the latest from
Nonreligious
Sign up for our newsletter
POPULAR AT PATHEOS Nonreligious
1