New Secretary Of State Pompeo Promises To Fight ‘Until The Rapture’

Radical Christian extremist Mike Pompeo has been confirmed by the Senate as the new Secretary of State.

The Senate narrowly confirmed CIA Director Mike Pompeo to be Secretary of State on Thursday, overcoming steep opposition to his nomination.

Senators voted 57-42, just over the simple majority needed for approval by the chamber.

Pompeo’s was a virtual lock after Sen. Rand Paul (R-Ky.) reversed his position and said he would support Trump’s pick.

In other words, despite the valiant efforts by Senate Democrats such as Cory Booker to raise the alarm about Pompeo’s faith-based extremism, the Republican controlled Senate confirmed the dangerous nominee to be the next Secretary of State.

Pompeo’s selection to serve as Secretary of State is alarming but not surprising. His confirmation is yet another reminder of the GOP’s longing for a Christian theocracy.

It is by now a well established fact that Mike Pompeo is a dangerous Christian extremist who has in the past expressed hatred and bigotry towards gays, Muslims, and others found wanting by conservative Christians.

A recent report from Foreign Policy paints a dismal portrait of the CIA under Pompeo. According to the report, Pompeo was working to make the agency a bastion for white, male, Christian conservatives.

The concerns are not that Pompeo is religious but that his religious convictions are bleeding over into the CIA.

According to four sources familiar with the matter, Pompeo, who attends weekly Bible studies held in government buildings, referenced God and Christianity repeatedly in his first all-hands speech and in a recent trip report while traveling overseas.

Pompeo has even gone so far as to endorse the notion of a “Holy War” between Christians and Muslims, and believes the fight against terrorism is a war between Islam and Christianity.

Noting that “these folks” constitute a small minority among Muslims, Pompeo continued:

They abhor Christians, and will continue to press against us until we make sure that we pray and stand and fight and make sure that we know that Jesus Christ our savior is truly the only solution for our world.

That’s right, the next Secretary of State, America’s top diplomat, believes that “Jesus Christ our savior is truly the only solution for our world”

And in 2015 Pompeo told a church audience that his business was the Lord’s business, declaring:

It is a never ending battle until… the Rapture.

“Until the Rapture.” Ouch! Those are not reassuring words coming from the next Secretary of State.

Bottom line: Pompeo, a dangerous Christian extremist, will be the new Secretary of State. 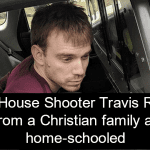 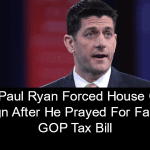