Benjamin Morrow, a Wisconsin man who blew himself up in a “homemade explosives laboratory” in his apartment, was a devout Baptist and a white supremacist.

The Associated Press reports on Morrow, a resident of Beaver Dam, Wisconsin, who was killed in an explosion at his apartment last month:

Bombs, guns and Jesus – sounds like a domestic terrorist in training.

Morrow’s life and death paints a picture of a profoundly troubled young man who was indoctrinated into conservative Christianity at a young age.

Benjamin Douglas Morrow, age 28, went home to his Heavenly Father on March 5, 2018. Ben was born in Cedar Rapids, IA on March 13, 1989 to Donald and Grace Morrow. He accepted Jesus as his personal Saviour at the age of four-and-a-half, and was baptized at Victory Baptist Church in Appleton, WI a few years later.

Ben graduated from Morrow Home School in 2007, and from Pensacola Christian College, Pensacola, FL in May 2013. He earned a Bachelor’s degree in Pre-Pharmacy, with minors in both Chemistry and Mathematics. He was an excellent student, with a thirst for knowledge.

Note: Morrow was yet another victim of Christian homeschooling. Austin bomber Mark Anthony Conditt was also homeschooled by a conservative Christian family.

ABC reports that search warrants and other court records concerning the March 5 explosion at the Beaver Dam apartment complex had been sealed “so as to not alert potential co-actors.”

Bottom line: A junior member of the American Taliban was destroyed while building bombs in his Wisconsin apartment. The good news: Nobody else was harmed in the explosion that took the life of the Christian white supremacist. 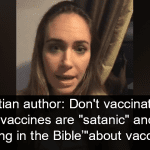 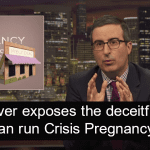 April 9, 2018 Christians Use Crisis Pregnancy Centers To Deceive Women
Recent Comments
0 | Leave a Comment
Browse Our Archives
get the latest from
Nonreligious
Sign up for our newsletter
POPULAR AT PATHEOS Nonreligious
1