Last week DeVos was in New York, where she went on a two day tour of private religious schools, but refused to visit any public schools.

We haven’t checked in with U.S. Education Secretary Betsy DeVos for a while. She spoke yesterday in New York City to the influential Alfred E. Smith Foundation, which raises money for Catholic causes and charities.

Her speech doubled down on her belief that American parents should be free to use tax dollars to send her children to religious schools, a point she underscored by visiting two New York City schools, neither of which was a public school. DeVos visited two Orthodox Jewish schools.

Speaking about her desire to use taxpayer money to support religious schools, DeVos told her audience:

I know very well there are powerful interests that want to deprive families their God-given freedom. I know that those sycophants of ‘the system’ have kept legislators here from enacting a common-sense program that would open options to thousands of kids in need.

As many of you know, the Supreme Court ruled in last year’s Trinity Lutheran case that it was unconstitutional for a playground restoration program funded by state-taxpayers to exclude a school ‘simply because of what it is – a church.’

These amendments should be assigned to the ash heap of history…

The amendments DeVos is talking about are known as Blaine Amendments, “constitutional provisions in 38 of the 50 state constitutions in the United States that forbid direct government aid to educational institutions that have a religious affiliation.”

Note: Advocating for an end to the separation of church and state is standard operating procedure for theocratic Christian conservatives like DeVos.

Commenting on the story, Randi Weingarten, president of the American Federation of Teachers told Shareblue Media:

Her actions have repeatedly demonstrated her disdain for public education.

DeVos is about defunding and destabilizing public schools, not strengthening and building the public schools she’s charged with overseeing and improving.

The fact that DeVos wants to destabilize public schools while shifting taxpayer money to religious schools is not a surprise.  In fact, Secretary of Education Betsy DeVos is a radical Christian extremist who wants to use American schools to “advance God’s kingdom.”

Last year, an alarming report was released by a conservative Christian group with ties to DeVos advocating for the promotion of Christianity in public schools and putting an end to the Department of Education.

And DeVos is not alone in wanting to use taxpayer to subsidize the religious indoctrination of children. During his address before a joint session of Congress last year, President Donald Trump repeated his campaign pledge to provide taxpayer money to fund private, religious schools.

Bottom line: DeVos is demanding that taxpayer money be used to fund private religious schools while suggesting that the separation of church and state be “assigned to the ash heap of history.” 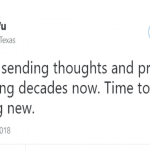 May 18, 2018
Texas Lawmaker: Thoughts And Prayers Are Not Working
Next Post 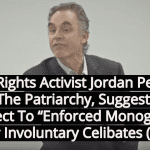