A rural Oregon school district is facing discrimination charges after forcing an LGBT student to read the Bible as punishment.

The North Bend School District, located about 200 miles south of Portland, is facing serious discrimination charges, including allegations that at least one LGBT students was forced to read the Bible as punishment, as well as allegations that LGBT students were subject to “separate or different rules of behavior, sanctions, or other treatment.”

The Coos bay World reports that the serious allegations were detailed in a March 6 letter from the Oregon Department of Education (ODE) to North Bend School District Superintendent Bill Yester.

The letter from the ODE states:

There is substantial evidence to support the allegation that the district subjected LGBTQ students to separate or different rules of behavior, sanctions, or other treatment…

In conclusion, the department finds that discrimination on the basis of sex and sexual orientation may have occurred.

The Coos Bay World gives a detailed account of the allegations; the following is an excerpt:

Using the Bible as punishment

A:  District allegedly treating students differently on the basis of sex and sexual orientation when imposing discipline.

Failure to respond to sexual harassment

B:  District’s alleged failure to respond to complaints alleging sexual harassment when those complaints were made by LGBTQ students.

C: District’s alleged failure to take appropriate action to remedy a hostile environment after complaints had been made by LGBTQ students alleging that students and district staff had sexually harassed other students.

The ODE is investigating the district’s alleged failure to “remedy a hostile environment after complaints had been made by LGBTQ students,” including failing to investigate other claims of sexual harassment.

The ODE will hold a hearing on May 24 “to discuss the allegations with North Bend officials” and “determine if the district complied with state anti-discrimination laws.”

At issue is the question of whether the Bible readings violated the students’ First Amendment rights, violating the Establishment Clause of the Constitution and crossing the line separating church and state.

Reporting on the allegations, The Daily Dot notes:

This clearly raises concerns on both a state and federal level, as using the Bible to punish students violates the First Amendment. Under Supreme Court interpretations of the First Amendment’s Establishment Clause, public schools cannot use the Bible as a moral authority in public schools, as doing so creates an “establishment of religion” that violates the separation between church and state.

Bottom line: The evidence clearly suggests that the North Bend School District has been openly discriminating against LGBT students, and even used forced Bible readings to punish and demean at least one LGBT student. 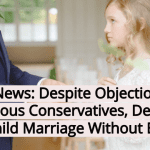 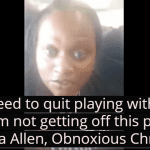 May 11, 2018 Watch: Obnoxious Christian Goes On Rant, Forces Flight To Deplane
Recent Comments
0 | Leave a Comment
Browse Our Archives
get the latest from
Nonreligious
Sign up for our newsletter
POPULAR AT PATHEOS Nonreligious
1