Project Blitz: Conservative Christians have launched a secretive legislative campaign to remake the U.S. into a Christian theocracy.

A new multipronged legislative plan from Christian Nationalists seeks to use “religious freedom” as a trojan horse for a Christian theocracy.

Designed to bring Christian theocracy to the U.S. via a series of disparate but internally coherent legislative measures, the legislative action plan is modeled after the American Legislative Exchange Council (ALEC).

Many of the bills on their agenda are making news; some have passed key legislative committees or whole state legislative chambers, and some have already been signed into law. But what reporters, activists, and most legislators don’t realize is that many of these bills draw from an unusual package of 20 model bills included in a report assembled by a coalition of Christian Right groups for an initiative they call “Project Blitz.”

The bills are seemingly unrelated and range widely in content—from requiring public schools to display the national motto, “In God We Trust” (IGWT); to legalizing discrimination against LGBTQ people; to religious exemptions regarding women’s reproductive health. The model bills, the legislative strategy and the talking points reflect the theocratic vision that’s animated a meaningful portion of the Christian Right for some time.

Reporting on the story, Salon notes:

A coalition of Christian right groups — including the Congressional Prayer Caucus Foundation, Wallbuilders, the National Legal Foundation and others — have organized a major legislative initiative called “Project Blitz.” Its goal is to pass an outwardly diverse but internally cohesive package of Christian-right bills at the state level, whose cumulative impact would be immense.

The following is an excerpt of the legislative agenda for Project Blitz:

National Motto Display Act: “An act providing for display of the National Motto, “In God We Trust,” in public buildings and on license plates.”

Civic Literacy Act: “An act providing for instruction in the content and meaning of the documents that form the foundation of our country’s Constitutional Republic.” Requires school boards to teach selected founding documents and to allow the posting of others in secondary schools.

Religion in Legal History Act: “Endorses a uniform, sound, distinct, and appropriate presentation of the story of the role of religion in the constitutional history of the United States and this State, which may be publicly displayed in court houses and other state and local buildings throughout this State.”

Bible Literacy Act: Allows for the teaching of the Bible as an elective course in public schools.

Category 2: Resolutions and Proclamations Recognizing the Importance of Religious History and Freedom

Proclamation Recognizing Christian Heritage Week: Lists items for inclusion in such a proclamation, based on proclamations in various states.

Proclamation Recognizing the Importance of the Bible in History: Lists items for possible inclusion.

Proclamation Recognizing the Year of the Bible: Lists items for possible inclusion.

Resolution Establishing Public Policy Favoring Intimate Sexual Relations Only Between Married, Heterosexual Couples: Resolves “that the public policy of this State supports and encourages marriage between one man and one woman and the desirability that intimate sexual relations only take place between such couples.”

Resolution Establishing Public Policy Favoring Reliance on and Maintenance of Birth Gender: Resolves “that the public policy of this State supports and encourages maintenance of the birth gender of its citizens.” This a bill aimed at discouraging or limiting recognition of transgender people.

Protection for Professionals and Individuals

Protection for Professionals and Individuals Marriage Tolerance Act (a/k/a/ First Amendment Defense Act): “An act to prohibit discriminatory action against a person who believes, speaks, or acts in accordance with a sincerely held religious belief that marriage is or should be recognized as the union of one man and one woman or that sexual relations are properly reserved to such marriage.”

Preserving Religious Freedom Act (a/k/a/ Religious Freedom Restoration Act or “State RFRA”): “This act is intended to ensure that this State applies at least the same level of religious liberty protections applied at the federal level in order to ensure that State and local governmental entities will not restrict a person’s free exercise rights more than the federal government.” The model bill is similar to bill already on the books in several states.

Clergy Protection Act: Allows clergy and religious organizations not to participate in marriage of which they disapprove.

Licensed Professional Civil Rights Act: “An act prohibiting discrimination by any individual or organization against an applicant for, or a holder of, an occupational license, due to the professional’s or potential professional’s sincerely held religious beliefs.” Would provide religious exemptions for such professionals as pharmacists, medical personnel and mental health practitioners from providing care to LGBTQ people, and such matters as abortion and contraption.

Protection for Teachers and Students

Student Prayer Certification Act: “An act providing for certain reporting and certifications by the State Board of Education and local school districts to comply with federal law.” States are required to certify that they are not preventing students from engaging in constitutionally protected prayer. This bill sets up a mechanism for how to implement.

Preserving Religious Freedom in School Act: Provides for legal protection for a variety of religious expressions and activities.

Clarkson, the author of the Religion Dispatches report on Project Blitz, told Salon:

The authors of the Project Blitz playbook are savvy purveyors of dominionism. They are in it for the long haul and try not to say things that sound too alarming. ​But they live an immanent theocratic vision, and they sometimes cannot help themselves, such as when they describe the resolutions as seeking to ‘define public policies of the state in favor of biblical values concerning marriage and sexuality.’

Among the ways they are seeking to implement ‘biblical values,’ is by seeking religious exemptions from civil rights laws and professional licensing standards.

Bottom line: There is a detailed and sophisticated strategy in place that is being deployed by conservative Christian lawmakers across the country to remake the U.S.A. into a Christian theocracy. 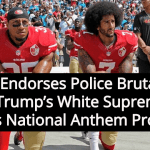 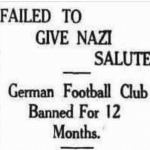