Dr. Robert Redfield, the new Director of Centers for Disease Control and Prevention (CDC), has long standing ties with conservative Christian groups that are hostile to gays, single parents, and anyone else that offends their “family values.”

In the past, the new CDC director has worked closely with the Christian organization Americans for a Sound AIDS/HIV Policy. The group claims that AIDS was “God’s judgment” against gays, and was punishment from God for an America weakened by single-parent households and a loss of “family values.”

As an Army major at Walter Reed Medical Institute, he designed policies for controlling the disease within the US military that involved placing infected personnel in quarantine and investigating their pasts to identify and track possible sexual partners. Soldiers were routinely discharged and left to die of AIDS, humiliated and jobless, often abandoned by their families.

In other words, Redfield used his prominent position in the U.S. military to design a policy that would ultimately humiliate and punish gay soldiers suffering from the AIDS virus.

The military seemed intent on administratively punishing infected soldiers for their HIV status. Soldiers described being summoned to meet with a chaplain, who would inform them that they had tested positive for HIV, and counsel them while military police rifled through their barracks searching for evidence of homosexuality and the names of possible sex partners. “You go through the Article 15 [disciplinary actions] list and see how many are HIVs,” one discharged soldier told me in 1989. “They are giving out seven or eight Article 15s a day over there. There’s no morale over there.”

About 5 million soldiers and recruits were tested by 1989, with 6,000 of them proving HIV positive. Anecdotally, many of these young men committed suicide, and most were drummed out of the military without medical coverage, dying impoverished from their AIDS disease…

Yet Redfield’s cruelty and medical malpractice was not limited to his experience in the U.S. military. More on the new CDC director’s deplorable record via CNN:

In the 1980s Redfield worked closely with W. Shepherd Smith, Jr. and his Christian organization, Americans for a Sound AIDS/HIV Policy, or ASAP. The group maintained that AIDS was “God’s judgment” against homosexuals, spread in an America weakened by single-parent households and loss of family values.

Redfield wrote the introduction to a 1990 book, “Christians in the Age of AIDS,” co-written by Smith, in which he denounced distribution of sterile needles to drug users and condoms to sexually active adults, and described anti-discrimination programs as the efforts of “false prophets.”

In the early 1990’s, ASAP and Redfield also backed H.R. 2788, a House bill sponsored by deeply conservative Rep. William Dannemeyer (R-California). It would have subjected people with HIV to testing, loss of professional licenses and would have effectively quarantined them. (The bill died in Congress.) In the 2000s, Redfield was a top advocate for the so-called “ABCs of AIDS” in Africa, pressing to prevent HIV infection through sexual abstinence, monogamy and the use of condoms only as a last resort.

In other words, for Redfield, the new CDC director, the best way to prevent HIV is not a science-based program promoting clean needles and condoms; instead, the so-called scientist recommended a faith-based program built around abstinence and Jesus.

Can you feel the creeping Christian theocracy? 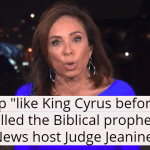 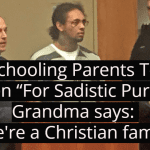 May 15, 2018 Report: Homeschooled Children Tortured ‘For Sadistic Purposes’
Recent Comments
0 | Leave a Comment
""Sin" isn't for any government to determine; it is a religious judgment only. As for ..."
Nica New Legislation In Tennessee Would Allow ..."
"Is any part of this situation by all parties concerned immoral and sinful?"
D.M.S. New Legislation In Tennessee Would Allow ..."
"Accept or don't accept the sites I provided. That is your choice. Christian sites are ..."
Mark Bradshaw Ana Kasparian’s Glorious Rant On Christianity ..."
"Any chance you could reference an actual scholarly site, I am not about to accept ..."
Kit Hadley-Day Ana Kasparian’s Glorious Rant On Christianity ..."
Browse Our Archives
get the latest from
Progressive Secular Humanist
Sign up for our newsletter
POPULAR AT PATHEOS Nonreligious
1