In yet another example of the ignorance, hatred, and bigotry spewing from Trump-loving, white evangelicals, Christian TV host Leigh Valentine defends Trump’s concentration camps for kids while appearing on her Faith and Freedom program last weekend.

Discussing Trump’s draconian policy of separating immigrant children from their parents and placing those children in defacto concentration camps, Valentine attacked the children as being

“unclean,” and “debased,” while calling them “criminals,” and claiming they are “God-haters.”

Rape after rape after rape. Children below 10 years old engaging in sexual activity. All kinds of sin and disgrace and darkness; the pit of the pits. So we’re not getting the top-of-the-line echelon people coming over this border, we’re getting criminals. I mean, total criminals that are so debased and their minds are just gone. They’re unclean, they’re murderers, they’re treacherous, they’re God-haters.

Deplorable. Valentine is a wretched excuse for a human being.

However, it is not surprising that Valentine is supporting Trump’s concentration camps for kids. The Christian TV host is a big Trump supporter, and claims that God is behind every word the “pussy-grabber-in-chief” speaks.

Let me tell you, whether you believe it or not, [Trump] is speaking words of life over our country and over this nation, and every word he speaks, I see the hand of God upon it.

He is a very, very smart man and he knows what he is doing. He knows the art of the deal and a lot of this is God’s deal, let me tell you.

Because nothing screams “God’s deal” like placing innocent children in concentration camps. 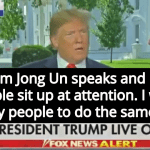 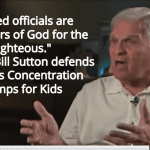