Good news: The new Republican tax law that gives to the rich while hurting the poor has a surprising consequence: taxing churches.

In fact, the new GOP tax law will force churches to pay taxes for the first time. And the churches are furious.

Republicans have quietly imposed a new tax on churches, synagogues and other nonprofits, a little-noticed and surprising change that could cost some groups tens of thousands of dollars.

Their recent tax-code rewrite requires churches, hospitals, colleges, orchestras and other historically tax-exempt organizations to begin paying a 21 percent tax on some types of fringe benefits they provide their employees.

That’s right, churches, synagogues, mosques, and other faith-based nonprofits will now have to pay a 21 percent tax on the benefits they offer employees, benefits like transportation, meals, and gym memberships.

Republicans eliminated tax breaks for employees’ fringe benefits in the 2017 law, signed by President Trump in December, to cover the cost of tax cuts for corporations and individuals. Because nonprofits don’t pay income taxes, lawmakers implemented a tax on the organizations’ fringe benefits.

Though many organizations are still unaware of the tax, more than 600 churches and other groups have already signed a petition demanding it be repealed.

Mike Batts, chairman of the board of the Evangelical Council for Financial Accountability, which is circulating the petition demanding the new tax on churches be repealed, said:

Galen Carey, vice president of government relations at the National Association of Evangelicals, an umbrella group of evangelical Christian organizations, was not pleased:

There’s going to be huge headaches. The cost of compliance, especially for churches that have small staffs or maybe volunteer accountants and bookkeepers — we don’t need this kind of hassle.

Despite the complaints, taxing churches is long overdue, and a welcome development. A 2015 report from the Secular Policy Institute shows that tax exempt churches cost U.S. taxpayers $71 billion every year.

It is not clear how much revenue the new GOP tax on churches will raise, but Politico reports the new tax could cost some churches tens of thousands of dollars.

Bottom line: This is good news. Churches should be taxed. Taxpayers should not be in the business of subsidizing religious superstition. It’s long past time to start taxing churches. 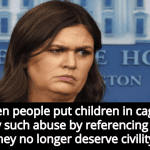 June 26, 2018
Forget Civility - Intolerance Should Not Be Tolerated
Next Post 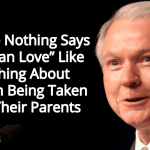