Michigan State Senate candidate Mike Saari argues men being attracted to 12-year-old girls is normal because it’s in the Bible.

Saari made headlines last February after making deplorable comments about the female judge in the Larry Nassar trial concerning the sexual abuse of underage gymnasts, at one point calling the judge a “feminazi” and making crude reference to her sex life. 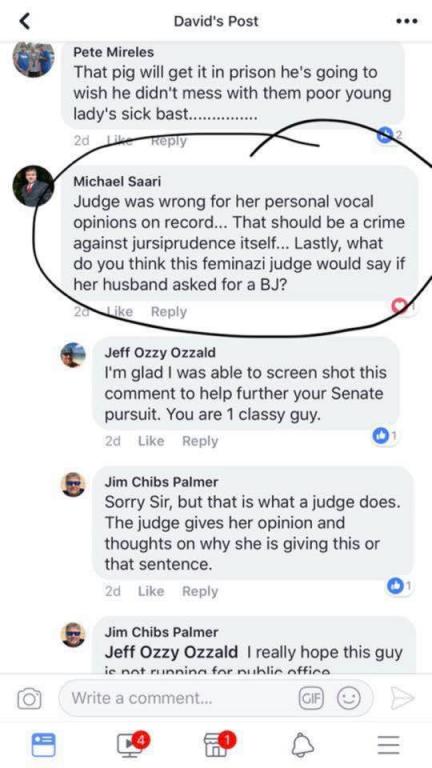 Judge was wrong for her personal vocal opinions on record… That should be a crime against jurisprudence itself… Lastly, what do you think this feminazi judge would say if her husband asked for a BJ?

After his offensive comments about the judge went viral people began digging into Saari’s social media history and found more alarming, if not surprising, positions from the GOP candidate. In particular, the candidate’s social media history revealed some racist comments concerning blacks, as well as one outrageous comment defending pedophilia on Biblical grounds. 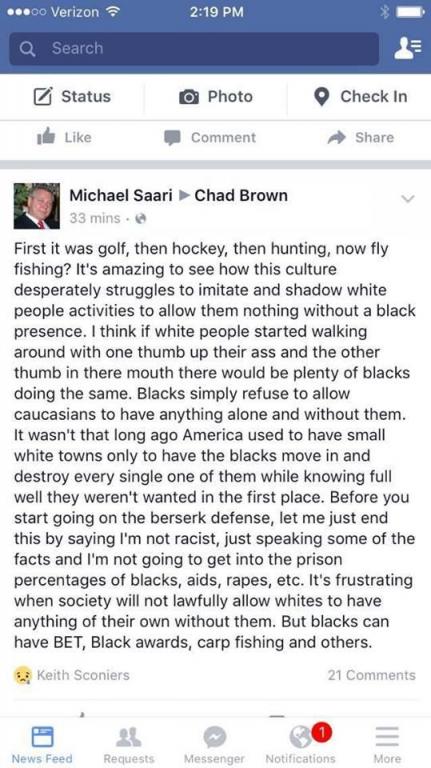 Excerpt: ‘It wasn’t that long ago America used to have small white towns only to have the blacks move in and destroy every single one of them while knowing full well they weren’t wanted in the first place’ 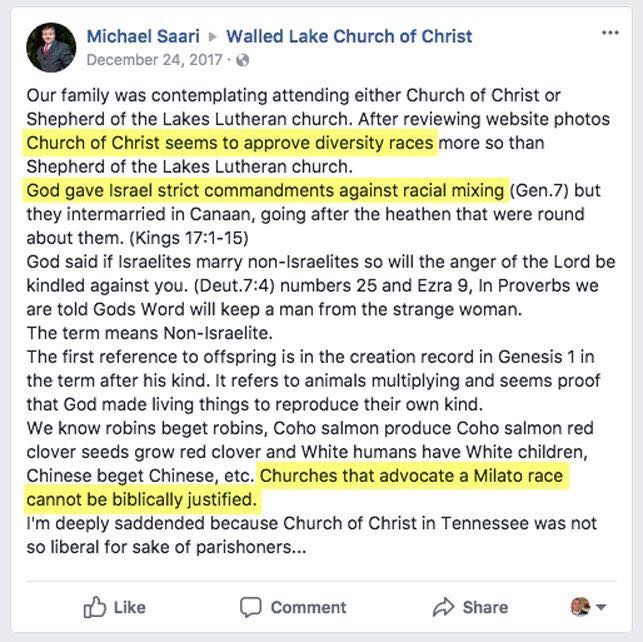 And then there was this post claiming pedophilia is normal: 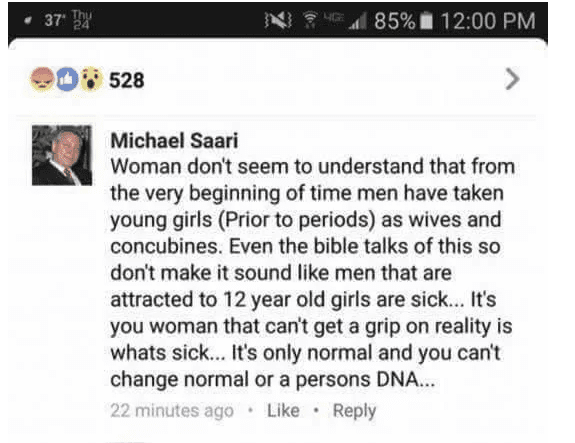 Woman don’t seem to understand that from the very beginning of time men have taken young girls (Prior to periods) as wives and concubines. Even the bible talks of this so don’t make it sound like men that are attracted to 12 year old girls are sick… it’s you woman that can’t get a grip on reality is whats sick…it’s only normal and you can’t change normal or a persons DNA…

Fox News confronted Saari about the disturbing post trying to normalize pedophilia based on the Bible. At first Saari tried to claim hs Facebook account had been hacked, but then he appeared to defend his comments. At one point Fox News asked Saari:

Do you believe it’s okay for men to marry 12-year-old girls? pre-pubescent girls?

Absolutely not, not in today’s time. Now with that bible thing, that may have happened back in those days I wasn’t around, but in today’s society that would not work.

At the time Fox News also reported that Saari’s Facebook friends confirmed that the deplorable remarks were in fact made by Saari, and that he had a well established history of posting misogynistic and racist comments.

However, Babe reports that Saari is now back in the race.

And on his Facebook page Saari recently declared he is back in the race:

Bottom line: Michigan State Senate candidate Mike Saari is a racist and a misogynist who once used the Bible to try to normalize pedophilia. He’s also a Republican. 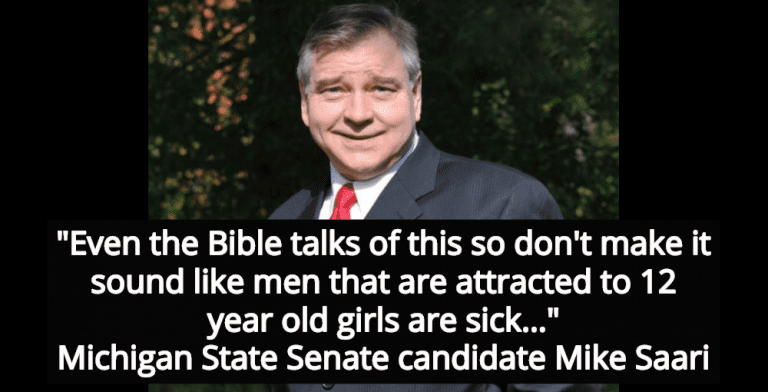 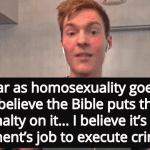 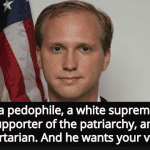