In yet another example of anti-gay, Christian hate, an East Tennessee hardware store owner celebrated the recent Supreme Court Masterpiece Cakeshop decision by posting a “No Gays Allowed” sign in the front window of his rural hardware store.

Jeff Amyx, who owns Amyx Hardware & Roofing Supplies in Grainger County, Tennessee, about an hour outside of Knoxville, is also a Baptist minister with a long and well documented hatred for LGBT people.

In 2015 Amyx first posted a sign in his store declaring “No Gays Allowed” after the Supreme Court ruled in favor of gay marriage.

And after the Supreme Court’s Masterpiece Cakeshop decision was announced earlier this week, Amyx once again posted a “No Gays Allowed” sign in his store window, according to a report from WBIR.

Explaining his hatred for gays, and his reason for posting the anti-gay sign, Amyx said:

Christianity is under attack. This is a great win, don’t get me wrong, but this is not the end, this is just the beginning. Right now we’re seeing a ray of sunshine. This is ‘happy days’ for Christians all over America, but dark days will come.

However, Amyx is wrong. Despite some claims to the contrary, the Supreme Court’s Masterpiece Cakeshop decision was not a victory for conservative Christians like Amyx who want to discriminate against gays.

In fact, the recent Supreme Court decision makes no changes to the law, sets no new precedent, and applies to one person only: Jack Phillips, the anti-gay Christian baker and owner of Masterpiece Cakeshop.

When discussing his opposition to gay marriage in 2015, Amyx claimed that he and his fellow Christians were being persecuted, declaring:

They gladly stand for what they believe in, why can’t I? They believe their way is right, I believe it’s wrong. But yet I’m going to take more persecution than them because I’m standing for what I believe in.

In addition to posting anti-gay signs, and going off on anti-gay rants, Amyx  also sells bumper stickers that read, “Choose God or Gays” in his Christian friendly hardware store. 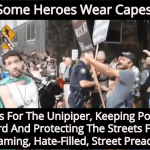 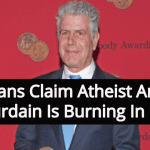 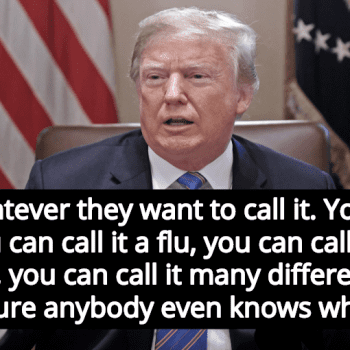