Many of the immigrant children ruthlessly separated from their family by the Trump administration are being shipped to a Christian adoption agency with ties to Education Secretary Betsy DeVos.

Rewire News reports on the condition of some of those children separated from their family:

The Other 98%, a left leaning Facebook page, explains more about the controversial Bethany Christian Services and their relationship with Trump’s Education Secretary Betsy DeVos, noting:

Bethany Christian Services, an adoption center with financial ties to [Education Secretary] Betsy DeVos, has taken 81 immigrant children who were forcibly separated from their parents at the border. Most have had no contact with their families. They’re charging $700 per child per night. This isn’t foster care, this is state-sponsored kidnapping.

That’s the plan. They have no intention of trying to find, much less uniting parents with their children. It’s a radical Christian adoption trafficking mill.

In fact, there is already in place a huge and thriving business in the trafficking of children via Christian adoption agencies like the DeVos connected Bethany.

In her 2013 book, The Child Catchers: Rescue, Trafficking, and the New Gospel of Adoption, Kathryn Joyce documents this alarming trend of conservative Christians adopting children removed from their natural parents via nefarious means to feed the business of Christian adoption and serve the agenda of Christian theocracy.

Indeed, a growing concern is that many of the immigrant children separated from their parents at the border will be “lost” in the system and eventually trafficked via Christian adoption agencies like Bethany.

In short, for many of the immigrant children separated from their parents at the border, their nightmare is only beginning. Many of these children will never see their parents again. Many are already being shipped out to a Christian adoption agency like Bethany where they will be be trafficked, and placed with conservative Christian parents eager to brainwash the innocent children in the grotesque attempt to create “warriors for Christ” – soldiers in the never-ending culture wars.

Bottom line: Many of the immigrant children separated from their parents at the border will be “lost” in the system, and eventually they will be trafficked by a Christian adoption agency like the DeVos connected Bethany Christian Services. 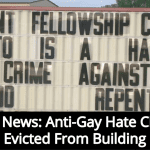 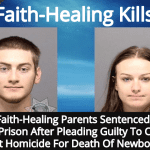 July 10, 2018 Oregon Faith-Healing Parents Plead Guilty In Newborn’s Death
Recent Comments
0 | Leave a Comment
Browse Our Archives
get the latest from
Nonreligious
Sign up for our newsletter
POPULAR AT PATHEOS Nonreligious
1