Barrett, a dangerous religious extremist who believes her religious faith comes before the law, and claims that the Bible precedes the U.S. Constitution, was confirmed for a seat on the U.S. Court of Appeals for the Seventh Circuit last year after a controversial and contentious Senate confirmation process.

Much of the concern about Barrett’s religious extremism is documented in a report from the Alliance for Justice (AFJ). According to the report, Barrett believes that “judges should be bound by their religious faith, not the law.”

Barrett, who once clerked for the late U.S. Supreme Court Justice Antonin Scalia, is a dangerous Catholic extremist, and a vigorous opponent of a woman’s right to an abortion. She has written extensively on the need to dismantle Roe v. Wade.

Even more frightening, Barrett belongs to a secretive, cult like Christian group called People of Praise, where women are subordinate to men. The group is straight out of The Handmaid’s Tale.

Members of the group swear a lifelong oath of loyalty, called a covenant, to one another, and are assigned and are accountable to a personal adviser, called a “head” for men and a “handmaid” for women. The group teaches that husbands are the heads of their wives and should take authority over the family.

Now that is creepy.

Bottom line:  Amy Coney Barrett is a dangerous religious extremist who believes a federal judge can subvert the U.S. Constitution and the laws of the United States in order to promote her own religious agenda. If given the chance, Barrett will replace secular law with conservative Catholic dogma and bigotry. As such, she has no business serving on the Supreme Court. 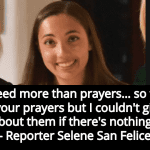 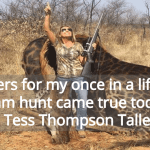