In yet another move advancing Christian bigotry and hatred, the Trump administration is signalling they will no longer punish or denounce African countries that punish LGBT citizens for their sexual orientation, punishment that often leads to imprisonment and/or death.

Speaking at the State Department’s Ministerial to Advance Religious Freedom held in Washington, DC. earlier this week, Mick Mulvaney, a former Republican lawmaker and current Director of the Office of Management and Budget, announced that the Trump administration will no longer press countries to abolish their draconian anti-LGBT laws.

Mulvaney defended the practice of criminalizing homosexuality as an issue of “religious freedom,” claiming that such discrimination and abuse represented “Christian values.”

In his remarks Mulvaney attacked the Obama administration for using taxpayer dollars to promote women’s rights and LGBT rights in Africa. During his remarks to the conference Mulvaney said:

Our US taxpayer dollars are used to discourage Christian values in other democratic countries. It was stunning to me that my government under a previous administration would go to folks in sub-Saharan Africa and say, ‘We know that you have a law against abortion, but if you enforce that law, you’re not going to get any of our money. We know you have a law against gay marriage, but if you enforce that law, we’re not going to give you any money.’

That is a different type of religious persecution that I never expected to see.

I never expected to see that as an American Christian, that we would be doing that to other folks.

I am here to let you know there are many people in our government who care about [these issues]. There are a lot of people in this government who want to see things done differently. They want to do something.

That’s right, according to Mulvaney, and by extension the Trump administration, denying women access to reproductive health care, and criminalizing homosexuality, represents “Christian values,” while punishing and rejecting homophobia is “religious persecution.”

Reporting on the story, Zack Ford at ThinkProgress notes:

… Mulvaney’s implication that the Trump administration would turn a blind eye to anti-gay persecution around the world is consistent with actions it has already taken. For example, last year the U.S. rejected a United Nations resolution condemning the use of the death penalty to target LGBTQ people. The administration’s excuse was that it didn’t want to appear to oppose the death penalty in other matters.

Attorney General Jeff Sessions also announced earlier this summer that the U.S. would stop granting asylum to people who are victims of gang violence or domestic abuse and would likewise add many other barriers to the asylum process. LGBTQ people fleeing persecution in their home countries already wait years to find safety in the U.S., and these new policies will only make it harder for them to escape.

Trump is not and has never been an LGBTQ ally. His administration’s latest move to literally put the lives of African LGBTQ in danger for the sake of political favor with American evangelicals further demonstrates that.

Bottom line: The Trump administration has given a green light to to the criminalization of homosexuality in Africa, a move which will result in the death and suffering of countless innocent LGBT citizens. But don’t worry, according to the Trump administration this death and suffering will all be justified by “Christian values” and “religious freedom.” 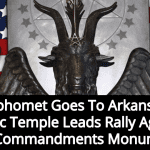 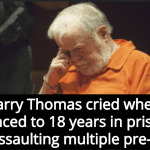 August 1, 2018 Founder Of Nation’s Largest Christian Music Festival Gets 18 Years For Molesting Little Girls
Recent Comments
0 | Leave a Comment
"And JC said, starve the little chidren, for as much as you do it unto ..."
David Cromie Fox News Guest: Children Don’t Deserve ..."
""....are there no work houses....""
Erik1986 Fox News Guest: Children Don’t Deserve ..."
"Tsarist Russia was anything but a free market, and neither was the aristocratic system in ..."
Person223 Fox News Guest: Children Don’t Deserve ..."
"The right of males to reproduce, rendering a woman's reproductive organs chattel, disregarding the whole ..."
Anon E Moss New Legislation In Tennessee Would Allow ..."
Browse Our Archives
get the latest from
Nonreligious
Sign up for our newsletter
POPULAR AT PATHEOS Nonreligious
1