The Devil made them do it: Catholic League president Bill Donohue argues that when predator priests are raping kids it is really “the work of the devil.”

In yet another lame excuse for predator priests raping children, Catholic League president Bill Donohue blames the devil. In a bizarre, insensitive and outrageous post, Donohue blames Satan for the monstrous crimes of the Catholic church.

… when we read that a few Pennsylvania priests used sacred objects like the crucifix to molest their victims, we cannot plausibly say that this is simply the work of men gone bad. No, it is the work of the devil. What other source would provoke such monstrosities?

The Apocalypse (12:7-9) speaks of Satan as the one who “seduceth the whole world.” Jesus referred to Satan as the Father of Lies who perverted the truth. The Catholic Catechism says Satan’s “seductive voice” seeks to turn us against God.

If Satan tempted our Lord in the desert, he is surely capable of tempting the clergy, and sometimes winning…

Blaming the devil for abhorrent criminal behavior is nothing new. In fact, it is a strategy often deployed by guilty parties in a pathetic and desperate attempt to escape responsibility for their crimes. By trying to blame the devil for the crimes of Catholic clergy Donohue insults the intelligence, and demonstrates a pathetic and perverse need to defend the existence of predators and predophiles in the church at all costs.

Earlier this month Donohue attacked the recent grand jury report documenting the rape and sexual abuse of over a 1,000 children by hundreds of Catholic priests in Pennsylvania.

In that post Donohue called the report released by the Pennsylvania Supreme Court an “obscene lie” while defending the Catholic Church and their deplorable record of covering up and enabling the rape and sexual abuse of children by predatory priests.

In his post titled “Pennsylvania Grand Jury Report Debunked,” Donohue desperately tries to minimize the findings of the Pennsylvania Supreme Court, claiming that the statement “the priests raped their victims” is actually a “myth,” writing:

Donohue also has the habit of blaming “the gays” for the moral corruption of the Catholic Church. It is all part of his pattern of trying to excuse and minimize the deplorable and criminal behavior of predator priests, and the the deplorable and criminal behavior of Catholic leadership that covers-up for and enables predator priests.

And now Donohue is blaming the devil for priests raping kids.

Bottom line: Catholic League president Bill Donohue defends predator priests raping and sexually abusing children by suggesting that it is really “the work of the devil.” 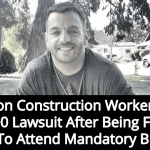 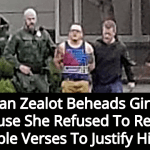