Sykes lost his bid for the party nomination to Missouri’s Republican Attorney General Josh Hawley. Republican Hawley will now face Democratic Sen. Claire McCaskill in a race that may decide which party will control the U.S. Senate.

Sykes made headlines earlier this year after remarks he made concerning women went viral. Sykes, a fervent Trump supporter who billed himself as “MAGA’s Boldest All-Republican Warrior,” articulated his ultra-conservative position on women’s rights in a statement posted to Facebook, a statement which Sykes has since deleted.

In the statement, Sykes said:

I want to come home to a home cooked dinner every night at six. One that she (his fiance) fixes and one that I expect one day to have daughters learn to fix after they become traditional homemakers and family wives.

The GOP senate candidate said he didn’t want daughters to grow up as:

In his statement the Republican candidate also complained about “the non-stop feminization campaign against manhood” and “gender-bending word games by a goofy nest of drugstore academics.”

The candidate said he supports women’s rights, while showing that he has no respect for women, and a bizarre, misogynistic, and outdated notion of “natural womanhood,” declaring:

I support women’s rights, but not the kind that has suppressed natural womanhood for five long decades.

In addition to his “traditional family values,” Sykes also has a strong disdain for female politicians who happen to be Democrats.

Bottom line: GOP Senate candidate Courtland Sykes, the man who attacked female politicians and argued that women should be “traditional homemakers,” lost his bid to represent Missouri in the U.S. Senate. 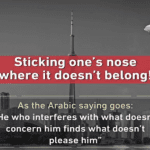 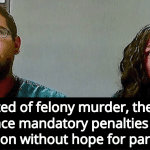