An exclusive report from the New York Daily News explains:

The Catholic Conference… spent more than $2.1 million on lobbying from 2007 through the end of 2015, state records show.

Filings show the lobbyists were retained, in part, to work on issues associated with “statute of limitations” and “timelines for commencing certain civil actions related to sex offenses.”

In other words, the New York Catholic Church has been paying off politicians in order to prevent changes in the law that would allow victims of predator priests to seek justice.

According to the report, the money is being used to “block legislation that would eliminate the statute of limitations on child sex abuse civil cases and open a one-year window to bring lawsuits for victims who can no longer sue under current law.”

The report notes that the person responsible for the effort to deny justice to the victims of rape and sexual assault by predator priests is headed by Cardinal Timothy Dolan, the current Archbishop of New York:

They are willing to spend limitless money in order to basically keep bad guys from being accountable for their actions.

I think they’re doing it because they don’t want to have to pay out settlements.

If they need to spend that much money on lobbying, clearly, then, they have some pretty big secrets to hide.

Robb is right. Indeed, the Catholic Church is full of big, dark secrets that they are desperate to hide.

In fact, a grand jury report about Catholic priest abuse in Pennsylvania released earlier this month shows that the Catholic Church is a criminal syndicate running a pedophile ring.

Bottom line: The Catholic Church in New York is spending millions lobbying politicians to prevent changes in the law that would allow victims of predator priests to seek justice. 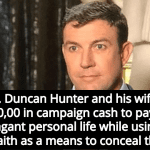 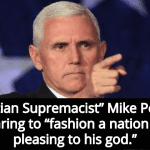