First Lady Melania Trump is feeling sorry for herself because she believes that she is the most bullied person in the world.

In an interview with ABC News that aired Thursday, Trump discussed her anti-bullying initiative, at one point explaining to ABC’s Tom Llamas that she started the initiative in part because of “what people are saying about me.”

I could say I’m the most bullied person in the world.

You think you’re the most bullied person in the world?

One of them — if you really see what people are saying about me.

As one might expect, the internet exploded with reactions to the First Lady’s pity party.

While Trump is busy meeting with Kid Rock, Kanye West and Jim Brown and Melania is complaining she’s “the most bullied person on the world,” victims of Hurricane Michael in Florida are struggling to survive. https://t.co/18iVUQ0qww

To Whining Melania: if you are feeling so bullied, file for a divorce, move back to your gold-plated penthouse in NY. No one feels sorry for you. You live with him, kick him to the curb. https://t.co/0Q096lE8zd

Let us remember that Melania Trump is a racist birther who chose to marry one of the rudest, most disgusting, most corrupt, most obscene men in the world who is a daily bully. https://t.co/PsZPTmZDdW

Imagine if @MichelleObama said this & played the victim. Republicans would lose their minds. @FLOTUS Melania Trump says her #BeBest policy platform targeting online bullies is personal. “I could say that I’m the most bullied person in the world” pic.twitter.com/7uCQB7jInX

Well Melania, you are married to the biggest bully in the WORLD! It’s a good fit!

Fred Rivara, a professor of pediatrics at the University of Washington and expert on child bullying, explained that “for an interaction to meet the threshold of bullying it must involve an imbalance of power.”

It’s really crazy to say that she is being bullied. The big thing here with Melania Trump is she’s the one in power. Her husband is The president of the United States. So how can she say that she’s bullied?

The vacuous and clueless former soft-porn model and mail-order bride currently attached to the American Nazi-In-Chief is winding up a solo, four-country African tour. And while it is difficult to believe that Trump is one of the most bullied persons in the world, there can be no mistake that the First Lady has made some questionable and regrettable wardrobe choices that has managed to draw a great deal of negative attention.

Indeed, while on her travels the First Lady has made some regrettable wardrobe choices that has left some offended, and many scratching their heads in bemused wonder.

In Kenya, Trump offended locals by wearing a pith helmet, a symbol of colonial rule, Western imperialism, and centuries of oppression.

And while in Egypt Trump appeared to be cosplaying a Nazi collaborator from the film Raiders Of The Lost Ark.

Previously Trump wore a jacket with the phrase “I really don’t care. Do U?” scrawled on the back when she went to visit a Texas concentration camp for kids.

Bottom line: While on her recent African tour First Lady Melania Trump claimed to be “the most bullied person in the world.” 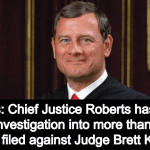 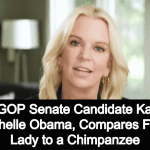