Fake news: Kellyanne Conway, counselor to President Donald Trump, blames anti-religious comedians for a domestic terrorist attack on a Pittsburgh synagogue Saturday that resulted in the killing of 11 people.

Conway, appearing on the Fox News program Fox & Friends, tried to suggest that the hateful and inflammatory rhetoric of Trump and other right-wing extremists had nothing to do with the deadly shooting at the Tree of Life Synagogue in Pittsburgh. Instead, Conway suggested that atheist comedians were responsible for the domestic terrorism.

During her appearance on Fox & Friends Monday morning Conway said:

The anti-religiosity in this country that’s somehow in vogue and funny to make fun of anybody of faith, to constantly be making fun of people who express religion—the late-night comedians, the unfunny people on TV shows—it’s always anti-religious.

And remember these people were gunned down in their place of worship, as were the people in South Carolina several years ago. And they (the victims) were there because they’re people of faith and it’s that faith that needs to bring us again. This is no time to be driving God out of the public square, no time to be making fun of people.

Conway tries to frame Pittsburgh shooting as really being about “anti-religiosity” writ large.

“The anti-religiosity in this country that is somehow in vogue… making fun of people who express religion, the late night comedians,.. It’s always anti-religious.” pic.twitter.com/yw6ZvY1CIQ

That time Kellyanne Conway, a Christian, whose faith has *actually* persecuted Jews for centuries, opportunistically appropriates the mass deaths of Jews this week to pander the *fake* Persecution Complexes of Trump’s evangelical Christian base. Charming. pic.twitter.com/KxMUXEQFAD

In fact, the shooter, Robert Bowers, was a Christian nationalist who believed his religious faith justified the terrorist attack.

Bowers, an active poster on the “alt-right” version of Twitter called “Gab,” wrote the following in his  bio section:

Jews are the children of Satan (John 8:44) – The Lord Jesus Christ is come in the flesh.

Shortly after the shooting at the Tree of Life Congregation, Bowers’ Gab account was deleted.

As for Conway, she is a liar. The massacre in Pittsburgh had nothing to do with anti-religious comedians. Instead, the act of domestic terrorism had everything to do with a rabid anti-Semitism inspired at least in-part by Christian scripture.

Bottom line: In a transparent deception, Kellyanne Conway, counselor to President Donald Trump, blames anti-religious comedians for a domestic terrorist attack on a Pittsburgh synagogue Saturday that resulted in the killing of 11 people. 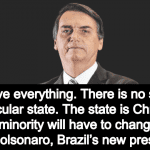 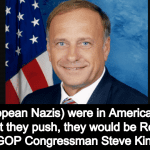