The Trump administration plans to define transgender identity “out of existence” and erase civil rights protections for LGBT people.

According to a horrifying new report from The New York Times, the Trump administration is planning to redefine “sex” to intentionally exclude LGBT people and their families from non-discrimination protections, and effectively erasing transgender people by “narrowly defining gender as a biological, immutable condition determined by genitalia at birth.”

The Trump administration is considering narrowly defining gender as a biological, immutable condition determined by genitalia at birth, the most drastic move yet in a government wide effort to roll back recognition and protections of transgender people under federal civil rights law.

The Times reports the change is motivated by “conservatives, especially evangelical Christians,” who “were incensed” by “a series of decisions by the Obama administration” that “loosened the legal concept of gender in federal programs, including in education and health care,” in order to protect the rights of transgender people.

… the Department of Health and Human Services is spearheading an effort to establish a legal definition of sex under Title IX, the federal civil rights law that bans gender discrimination in education programs that receive government financial assistance, according to a memo obtained by The New York Times. The agency’s proposed definition would define sex as either male or female, unchangeable, and determined by the genitals that a person is born with, according to a draft reviewed by The Times.

The move would be tantamount to the government’s declaring there’s no such thing as “transgender” and would effectively exclude transgender and nonbinary people from basic civil rights protections currently guaranteed by federal law.

The Human Rights Campaign reports the administration’s new plan would have severe consequences for LGBT people. For example:

Defining ‘sex’ in this narrow language tailored to the talking points of anti-equality extremists is part of a deliberate strategy to eliminate federal protections for LGBTQ people. 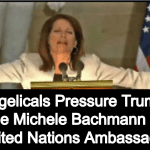 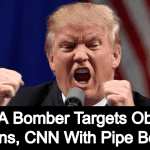