Earlier this week Rider University in New Jersey denied the fast food restaurant a potential on-campus location because of “the company’s record widely perceived to be in opposition to the LGBTQ community.”

Chick-fil-A says it has supported Christian values. Its corporate purpose is “To glorify God by being a faithful steward of all that is entrusted to us.”

In a statement sent by its attorney, Chick-fil-A responded to the rejection from Rider University:

Rider University’s survey was recently brought to our attention, and while we respect the University’s decision, this news story represents a good opportunity to clarify misperceptions about our brand. Chick-fil-A is a restaurant company focused on food, service and hospitality, and our restaurants and licensed locations on college campuses welcome everyone. We have no policy of discrimination against any group, and we do not have a political or social agenda. More than 120,000 people from different backgrounds and beliefs represent the Chick-fil-A brand.

However, despite the protests from Chick-fil-A’s legal representation, the fact remains that every chicken sandwich you buy from Chick-fil-A helps support anti-gay Christian hate groups.

A recent report from ThinkProgress indicates that Chick-fil-A continues to support anti-gay groups despite claims that it had “ceased donating to organizations that promote discrimination, specifically against LGBT civil rights.”

Chick-fil-A Foundation’s most recent IRS filings show it gave hundreds of thousands of dollars to anti-LGBTQ organizations in 2015. Though its website’s FAQ claims the foundation “is focused on helping every child become all they were created to be,” its donations went to groups that do not believe this includes LGBTQ youth.

The report goes on to give several examples of various anti-gay Christian groups that are currently receiving more than a million dollars annually from the chicken franchise.

In particular, “the Chick-fil-A Foundation gave more than $1 million in 2015 (nearly one-sixth of its total grants) to the Fellowship of Christian Athletes,” a religious organization which “imparts a strongly anti-LGBTQ message.”

In addition, the foundation also gave more than $200,000 to the Paul Anderson Youth Home, a Georgia-based “transformative organization” that operates an anti-gay “Christian residential home for troubled youth” and uses propaganda associated with harmful and discredited “ex-gay” therapy.

Also on the list, “the Chick-fil-A Foundation gave at least $130,000 to the Salvation Army. The  Salvation Army is a Christian organization with a long history of anti-LGBTQ housing discrimination, opposition to same-sex marriage equality, and supporting exemptions from non-discrimination ordinances”.

Indeed, Chick-fil-A has a long and well documented history of promoting discrimination against members of the gay and lesbian community. In the past Chick-fil-A donated considerable resources to anti-gay causes, including Christian extremist organizations labeled as hate groups by the Southern Poverty Law Center. 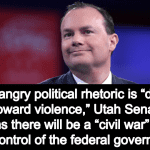 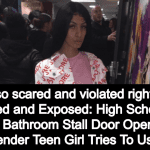 November 30, 2018 Watch: High School Staff Forces Bathroom Stall Door Open While Trans Girl Uses Toilet
Recent Comments
0 | Leave a Comment
"It is tempting sometimes to give them what they deserve, but actually persecuting them would ..."
Juniper Pentecostal Christians Are Burning Australia’s Sacred ..."
"Tippling Philosopher is widely regarded as perhaps the best Patheos non religious blogs."
Geoff Benson Fox News Host Bill Hemmer Warns ..."
"Reminds me of condemnations of rock-&-roll by Southern Baptists (& other like-minded fundies) back in ..."
Georgia Sam Pentecostal Christians Are Burning Australia’s Sacred ..."
"I am called a bigot, a fool, referred to as "my kind", "nigerian white supremacist ..."
MrPeach Texas Governor: ‘The Problem is Not ..."
Browse Our Archives
get the latest from
Progressive Secular Humanist
Sign up for our newsletter
POPULAR AT PATHEOS Nonreligious
1