U.S. Missionary Killed By Remote Island Tribe He Wanted To Convert To Christianity

A Christian missionary is shot dead with bows and arrows after trying to convert isolated tribes people on a remote island hundreds of miles off the coast of India.

American John Allen Chau, a Christian missionary from Alabama, knew it was illegal and dangerous to try to contact the Sentinelese people on North Sentinel Island, but went anyway in hopes of converting the isolated tribes people to Christianity.

His effort failed. The tribes people killed the intruder. And Jesus was nowhere to be found.

An American Christian missionary is thought to have been killed by tribespeople from one of the world’s most isolated communities on a remote island hundreds of miles off the coast of India, according to officials.

Chau, a graduate of Oral Roberts University, left a note with the fisherman who he paid to break the law and take him to the remote island he was prohibited from visiting. The note read:

Jesus had bestowed him with the strength to go to the most forbidden places on Earth.

Chau had previously visited the Andaman and Nicobar Islands and had “expressed a strong desire to meet with the Sentinelese tribes to preach Christianity.”

While it is obnoxious and repugnant that Chau was trying to convert the tribes people to his particular brand of religious superstition, that was not the only danger Chau posed to the isolated tribes people. The BBC notes:

Contact with the endangered Andaman tribes living in isolation from the world is illegal because of the risks to them from outside disease.

Thus, Christianity was not the only dangerous disease Chau was willing to expose the tribes people to in his vain and misguided attempt to proselytize.

Estimates say the Sentinelese, who are totally cut off from civilization, number only between 50 and 150.

Bottom line: An ignorant and thoughtless Christian missionary was killed by bows and arrows when he went to a forbidden land in hopes of proselytizing to isolated tribes people. 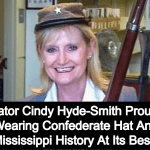 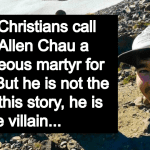