Deplorable: Former GOP lawmaker Jason Chaffetz celebrates the death of a 7-year-old migrant girl in federal custody because it sends a strong message to other migrants.

In an obnoxious and ghoulish display of gross insensitivity Jason Chaffetz, while speaking about Jakelin Caal Maquin, a 7 year old girl who died in the custody of US Border Patrol agents, told his Fox News audience that the tragic death of the young girl sent the right “message.”

Chaffetz, a former congressman and current Fox News contributor, was acting as guest host of Fox News’ “Hannity” when he said the death of a young girl from dehydration at the US-Mexican border should be a “message” to other Central American migrants.

The sad reality is we have a 7-year-old girl who has died, and she should have never, ever made that journey. And that should be the message, don’t make this journey, it will kill you.

Jason Chaffetz, speaking about Jakelin Caal Maquin, a 7 year old girl who died in the custody of US Border Patrol: “That should be the message, don’t make this journey, it will kill you.” pic.twitter.com/qXNsAWFyBE

That’s right, according to Chaffetz, the message to Central American migrants seeking asylum should be “Don’t come to the U.S. because we will kill your children.”

I just wrote and deleted five tweets about what I think about this. https://t.co/LCh4yE0l9g

It’s come to this: Threats that we won’t just take your children, but kill your children, if you dare seek safety from people who are also trying to kill your family members. https://t.co/RrpdBZvKjO

There are a lot of evil folks in this world. Jason Chaffetz sits comfortably near the top of such a list. #JusticeforJakelin https://t.co/pHd0LsUt9i

This is the little girl that odious creep Jason Chaffetz thinks had it coming. https://t.co/p3WiBWquzK

Bottom line: Appearing on Fox News, former GOP lawmaker Jason Chaffetz celebrated the death of a 7-year-old migrant girl in federal custody because it sends a strong message to other migrants seeking asylum in the U.S. 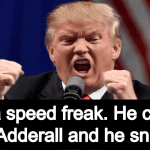 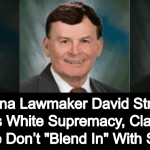 December 17, 2018 Arizona Lawmaker David Stringer Claims Black People Don’t ‘Blend In’ With Society
Recent Comments
0 | Leave a Comment
"And JC said, starve the little chidren, for as much as you do it unto ..."
David Cromie Fox News Guest: Children Don’t Deserve ..."
""....are there no work houses....""
Erik1986 Fox News Guest: Children Don’t Deserve ..."
"Tsarist Russia was anything but a free market, and neither was the aristocratic system in ..."
Person223 Fox News Guest: Children Don’t Deserve ..."
"The right of males to reproduce, rendering a woman's reproductive organs chattel, disregarding the whole ..."
Anon E Moss New Legislation In Tennessee Would Allow ..."
Browse Our Archives
get the latest from
Progressive Secular Humanist
Sign up for our newsletter
POPULAR AT PATHEOS Nonreligious
1