Moral depravity: An Idaho priest who expressed a desire “to rape and kill children” has been sentenced to 25 years in prison without parole.

The Rev. W. Thomas Faucher, a longtime priest in the Roman Catholic Diocese of Boise, has been sentenced to 25 years in prison without parole and will be required to register as a sex offender after pleading guilty to felony crimes involving the possession and distribution of child pornography.

The Rev. W. Thomas Faucher (FOH-shay), 73, pleaded guilty to five felonies earlier this year. During his sentencing hearing in Idaho’s 4th District Court on Thursday, Judge Jason Scott said Faucher fantasized about raping and killing young children, favored child pornography that depicted extreme violence and claimed in online chats to have mixed his own bodily fluids into the communion wine at his church.

According to that report, Father Faucher “possessed more than 2,500 images of what investigators called the most disturbing child pornography they had ever seen.”

Previously Ada County Deputy Prosecutor Kassandra Slaven said that images found on Faucher’s computer at the home provided to him by the Catholic church involved multiple young children, including infants and toddlers.

Images included children being subjected to sexual acts and torture.

In addition to the child pornogrphy, investigators also found email conversations where Faucher reportedly traded images and talked about his “sexual interest in children.”

Prosecutors report that Father Faucher had a “very sophisticated knowledge” of exchanging child pornography and talked in computer chat rooms about his “desires to rape and kill children.”

In online chats with a person called “Bruno,” Faucher expressed a desire to have sex with boys, Brumbaugh said. Faucher said he had “satanic desires,” an attraction to 6-year-old boys and that “the thought of killing someone does begin to excite me,” according to the detective.

Brumbaugh also said Faucher’s online conversations about shared child pornography include the Catholic priest talking about fantasies, including the sexual abuse of altar boys and babies, and saying that he liked a video of a boy being being beaten to death.

That’s right – Father Faucher enjoyed watching a video of a boy being being beaten to death.

In addition, The Idaho Statesman reports:

Other images the detective said the investigation found included depictions of black slavery, which Faucher spoke about using racist language, as well as images of Faucher urinating on a cross and canon law book. Faucher also wrote that he urinated in the wine for Mass at least once…

However, despite the horrific nature of his crimes, Father Faucher doesn’t believe he should be in prison. At his sentencing the Idaho priest explained that he’d like to help others before saying:

Bottom line: Father Thomas Faucher, a 73-year-old Roman Catholic priest who enjoyed watching a young boy being beaten to death and expressed a desire “to rape and kill children,” has been sentenced to 25 years in prison without parole for felony crimes involving the possession and distribution of child pornography. 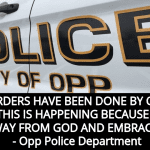 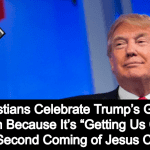 December 27, 2018 Christians Celebrate Trump’s Government Shutdown As Sign Of Christ’s Return
Recent Comments
0 | Leave a Comment
"I am called a bigot, a fool, referred to as "my kind", "nigerian white supremacist ..."
MrPeach Texas Governor: ‘The Problem is Not ..."
"you sure can run your mouth here, now explain your downvote to my harmless comment. ..."
Joshua Booker Million MAGA March: Militias, Proud Boys, ..."
"now I see why you hide your name. Some TROLL in ya=== lol!"
Brian Carnevale Texas Governor: ‘The Problem is Not ..."
"The cowardly censor at FA banned me years ago.There was an uncensored Angry Atheist channel, ..."
Pablo.Dali Fox News Host Bill Hemmer Warns ..."
Browse Our Archives
get the latest from
Progressive Secular Humanist
Sign up for our newsletter
POPULAR AT PATHEOS Nonreligious
1