Noel Casler, a former staffer on The Apprentice currently working as a stand-up comic claims that Trump was a “speed freak” who snorted Adderall. During a recent performance caught on video and widely shared on Twitter, Casler details Trump’s abuse of Adderall as well as his lust for teen beauty pageant contestants.

In the video Casler explains that he worked on The Apprentice for six seasons, and also worked on some of Trump’s beauty pageants during the 1990s.

I worked on a bunch of those beauty pageants he had in the ’90s, too. That was a good idea, Miss Teen Universe? Yeah, that’s like giving Jeffrey Dahmer a cooking show. He would line up the girls on the side of the stage, and he would inspect them. Literally, he would stick his little freaking doll fingers in their mouth and look at their teeth,” Casler said. “I’m not kidding, this is true, he would line them up like they were pieces of meat. He’d be like, ‘You, you, and you, if you want to win I’m in the penthouse suite, come and see me.’ If Trump had a cooking show they’d call it “The Douchebag Diet.” McDonald’s, chocolate ice cream and girls that look like Ivanka are all he ever eats.

Casler then went on to explain that Trump was a “speed freak” who “crushes up his Adderall and he sniffs it because he can’t read, so he gets really nervous when he has to read cue cards.” Casler explained:

He’s a speed freak. He crushes up his Adderall and he sniffs it because he can’t read and he gets really nervous when he has to read cue cards. I’m not kidding. This is true. I had a 24-page NDA, non-disclosure agreement. I didn’t know then he was becoming president.

Watch the video below, relevant content appears around the 3:30 mark –

Others have stepped forward to confirm Casler’s allegations. Newsweek reports:

Actor and comedian Tom Arnold accused President Donald Trump of previously abusing Adderall on the set of NBC’s The Apprentice.

“Donald Trump abused Adderall on the set & it made him crazy. He even snorted Adderall. Mark Burnett knew it. It’s scary,” he wrote in a tweet, accusing The Apprentice creator of knowing that the president took the attention deficit hyperactivity disorder drug.

This guy worked on Celebrity Apprentice for 6 years. He did the after parties & was Jared & Ivanka’s handler. Donald Trump abused Adderall on the set & it made him crazy. He even snorted Adderall. Mark Burnett knew it. It’s scary watch tape: https://t.co/EhGQTOI8Vr

I’ve known @CaslerNoel for years. He has always been super professional and discreet. I’m so glad he’s decided to reveal this important information about Trump. Thank you Noel, I know this isn’t easy. pic.twitter.com/iZF5P9njMe

So you don’t believe what Noel Casler and Tom Arnold are saying about Trump and Adderall…fair enough. Let’s call the lawyers, start deposing people and get to the bottom of it. They can start with Mark Burnett.

Remember during the Presidential debates when we all thought Trump was on cocaine because of his sniffing? Well According to Noel Casler, former Apprentice staffer, Trump crushes up Adderall and sniffs it…so we were close.

Makes sense why he always sniff like he on coke RT @Complex: According to an ex-Apprentice host, Trump “crushes up his Adderall and he sniffs it because he can’t read.”#ComplexNews pic.twitter.com/bpQo3GMqhb

all those debate sniffles and remember that “No puppet, no puppet”. “You’re the puppet.”

Hillary warned us. the Steele dossier warned us. it’s all coming true. pic.twitter.com/WRcCCXGOwL 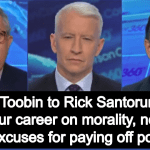 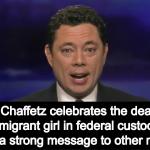