Because the Bible: Baptist Pastor Jonathan Shelley explains to his congregation that “rebellious” teenagers and “lazy gamers” should be put to death.

Shelley, a Baptist Pastor from Texas, is caught on video telling his congregation at the Stedfast Baptist Church in Fort Worth, that God wants people to execute rebellious youth by stoning them to death.

In a video released by the church earlier this week Pastor Shelle tells his flock:

… [Kids are] going to continue being more rebellious, more mocking, more arrogant, more prideful. You see, it’s never enough. They just want to keep mocking their parents and disobeying their parents. You’ve got to squash out the rebellion in your child.

You know how you could squash rebellion in a public school today? Take the rebellious one out and stone him. I bet they’d shapen up pretty quick. I bet they’d figure out, “Maybe I should hearken under the authorities in my life.” And we see, unfortunately, our society is continually destroying itself, because all of these rebellious, arrogant, prideful teenage jerks that just don’t want to hearken to their parents, you know, and God said they should be put to death.

The guy that’s the lazy gamer, “I don’t want to get a job. I just want to play video games all day and drink alcohol with my buddies,” that guy should be put to death.

The death penalty for being a rebellious teen? That seems a bit harsh…

Pastor Shelley was just hired by the Stedfast Baptist Church to replace Pastor Donnie Romero, who made headlines in 2016 when he offered a public prayer for God to “finish the job” and kill all the survivors of Orlando’s Pulse nightclub massacre.

Romero resigned from his position at the church earlier this month after admitting to “sins,” including hiring prostitutes, gambling, drinking, and smoking marijuana.

Bottom line: According to Pastor Jonathan Shelley, God wants Christians to execute rebellious teens and lazy gamers to set an example and keep everyone else in line. Can you feel the Christian love? 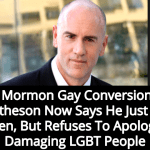 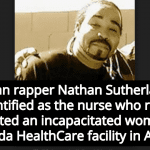 January 24, 2019 Christian Rapper Nathan Sutherland Arrested For Raping Incapacitated Woman
Recent Comments
0 | Leave a Comment
"Characters and stories from the bible have already been cancelled. By christians who chose which ..."
creativerealms Fox News Host Bill Hemmer Warns ..."
""follow my rules or burn for ever" ----- That's NOT what the Bible says."I agree, ..."
Mark Bradshaw Ana Kasparian’s Glorious Rant On Christianity ..."
"They're blaming the Democrats for banning Dr Seuss and posting warnings about Sesame Street etc.Of ..."
Jim Jones Fox News Host Bill Hemmer Warns ..."
"I agree, but the question is a translation issue, not an interpretation issue so my ..."
Kit Hadley-Day Ana Kasparian’s Glorious Rant On Christianity ..."
Browse Our Archives
get the latest from
Progressive Secular Humanist
Sign up for our newsletter
POPULAR AT PATHEOS Nonreligious
1