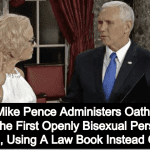 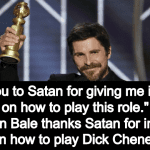 January 7, 2019 Conservatives Rage After Christian Bale Thanks Satan In Golden Globes Speech
Recent Comments
0 | Leave a Comment
Browse Our Archives
get the latest from
Nonreligious
Sign up for our newsletter
POPULAR AT PATHEOS Nonreligious
1