After four Houston police officers were shot while serving a warrant, a frustrated Houston Police Chief Art Acevedo tells politicians to forget the thoughts and prayers and address the public health epidemic of gun violence.

Speaking at a news conference Tuesday morning related to the tragic shooting, Houston Police Chief Art Acevedo scolded politicians for offering the obligatory “thoughts and prayers” while doing absolutely nothing to address the out of control public health crisis caused by guns.

I appreciate your prayers, but frankly, we’ve got a community to pray for us. The question is, what are policy makers willing to do besides prayers to address a public health epidemic?

I would express my personal frustration at lawmakers that know we have a public health epidemic in this country we call gun violence. It doesn’t just impact law enforcement. It crushes communities, tears apart families, cuts lives short, every single day.

Acevedo makes a good point. Both Texas Governor Greg Abbott and Texas Attorney General Ken Paxton offered their “thoughts and prayers” to the victims while making absolutely no effort to address the public health crisis caused by gun violence.

Governor Greg Abbott issued a statement in which he said:

I ask all Texans to join Cecilia and me in praying for the officers injured, and for the continued safety of all law enforcement officers who protect our communities.

And Attorney General Ken Paxton said in a statement:

The thoughts and prayers of countless Texans are with the officers, their families, and the Houston Police Department.

Bottom line: Cheers for Houston Police Chief Art Acevedo who has the courage to tell politicians to forget the thoughts and prayers and address the public health crisis caused by gun violence. 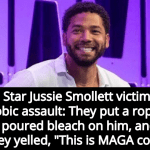 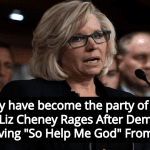