Another creepy priest: A top Vatican official in charge of investigating sex abuse in the Catholic Church has resigned from the position after being accused of sexual abuse himself.

A Vatican official who handles sexual abuse cases for the Catholic Church has quit two months after being accused of sexual abuse.

On Monday, Hermann Geissler resigned from his position as chief of staff in the Congregation for the Doctrine of the Faith, a body that handles discipline in sexual abuse cases within the Catholic Church, according to a statement from the Holy See’s press office.

According to the report, Father Geissler is accused of sexually harassing women while they were in confession. One victim, former nun Doris Wagner, explained her experience with the abusive priest while she was in confession:

He would keep me there kneeling in front of him for hours, and he would tell me how much he liked me and that he knew that I liked him and even though we couldn’t marry, there would be other ways. At some point, he would try to hold me and kiss me, and I simply panicked and ran out of the room.

The National Catholic Reporter notes that even though Father Geissler’s deplorable behavior was exposed in 2014, the creepy priest was only forced to resign earlier this week:

In a brief NCR interview Jan. 21, Wagner said she had reported Geissler’s conduct to the doctrinal congregation in 2014 with the help of a canon lawyer.

“I got a response that stated that Fr. Geissler had admitted, and had asked pardon, and was admonished,” she said. “And that was all.”

Solicitation in the confessional is generally considered very serious by the Catholic Church, which teaches that confession is a sacred opportunity for faithful to obtain forgiveness for sins and reconcile with God.

A priest propositioning someone in the confessional is considered so serious that is labeled by the Vatican as a “grave delict,” and judgment on such matters is reserved to the doctrinal congregation.

The Code of Canon Law prescribes that a priest found guilty of solicitation “be punished, according to the gravity of the delict, by suspension, prohibitions, and privations.” It specifies: “In graver cases he is to be dismissed from the clerical state.”

Bottom line: Father Herman Geissler, a top Vatican official in charge of sex abuse investigations, resigns from his position after being caught soliciting sex from women during confession. 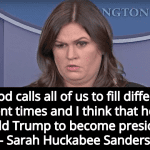 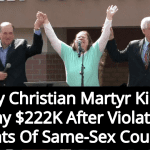