Academic observers note the changes have set back the cause of women’s rights by 50 years.

Without fanfare or even notice, the Department of Justice’s Office on Violence Against Women made significant changes to its definition of domestic violence in April. The Obama-era definition was expansive, vetted by experts including the National Center for Victims of Crime and the National Domestic Violence Hotline. The Trump administration’s definition is substantially more limited and less informed, effectively denying the experiences of victims of abuse by attempting to cast domestic violence as an exclusively criminal concern.

Donald Trump’s decision to change definitions of domestic violence and sexual assault has rolled back women’s rights by half a century, campaigners have warned.

The Trump administration quietly changed the definition of both domestic violence and sexual assault back in April but the move has only just surfaced.

The change could have significant repercussions for millions of victims of gender-based violence.

Writing for Slate, Natalie Nanasi, director of the Judge Elmo B. Hunter Legal Center for Victims of Crimes Against Women at Southern Methodist University Dedman School of Law, notes:

The previous definition included critical components of the phenomenon that experts recognize as domestic abuse — a pattern of deliberate behavior, the dynamics of power and control, and behaviors that encompass physical or sexual violence as well as forms of emotional, economic, or psychological abuse.

The consequential policy changes were made in April, but only became public earlier this week.

In essence, the Trump administration has redefined sexual abuse and domestic violence to exclude any behavior that is not criminal, “meaning other forms of domestic violence such as psychological abuse, coercive control and manipulation no longer fall under the department’s definition.”

Holly Taylor-Dunn, a senior lecturer at the University of Worcester in the field of domestic and sexual violence, said she was shocked by the move, noting that the Trump administration’s decision has turned the clock back 50 years:

I was massively surprised and really shocked. It is quite scary how quietly it has happened. It is a massive step backwards. We have literally gone back to the 70s. We have worked so hard since the 60s and 70s to get domestic abuse and sexual violence understood as being about more than physical violence. Changing the definition to take it back to being about physical harm completely undermines what domestic abuse is about.

Narrowing the definition will stop victims being able to access the services they need. Prosecutions for domestic and sexual violence will also fall because they are limiting it to the most severe forms of abuse so fewer victims are likely to come forward and seek help.

The move sets a bad example. People look to America and the UK to be progressive on issues such as these. If America does it then other countries could quite conceivably think it is an appropriate response.

These changes are a huge step backwards that will have very real consequences for victims and survivors of domestic abuse in the States.

Wherever you live, if you’ve experienced domestic abuse or listened to those who have, you know all too well that physical violence is never the whole picture – and many survivors tell us that the emotional and psychological abuse takes much longer to recover from.

What is clear is that these seemingly semantic changes, even if not yet embodied in official law or policy, are part of a broader trend toward the devaluation of women by this administration and this president.

Bottom line: The Republican war on women continues as the Trump administration quietly redefines “domestic violence” and “sexual assault,” setting back the cause of women’s rights by 50 years. 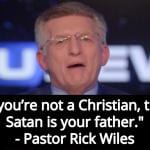 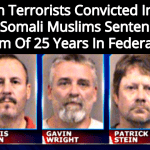 January 27, 2019 Christian Terrorists Sentenced To 25 Years For Plot To Bomb Somali Muslims In Kansas
Recent Comments
0 | Leave a Comment
"And JC said, starve the little chidren, for as much as you do it unto ..."
David Cromie Fox News Guest: Children Don’t Deserve ..."
""....are there no work houses....""
Erik1986 Fox News Guest: Children Don’t Deserve ..."
"Tsarist Russia was anything but a free market, and neither was the aristocratic system in ..."
Person223 Fox News Guest: Children Don’t Deserve ..."
"The right of males to reproduce, rendering a woman's reproductive organs chattel, disregarding the whole ..."
Anon E Moss New Legislation In Tennessee Would Allow ..."
Browse Our Archives
get the latest from
Nonreligious
Sign up for our newsletter
POPULAR AT PATHEOS Nonreligious
1