Christian love: A 7-year-old boy in Wisconsin was tortured and killed while being punished for failing to memorize 13 Bible verses.

Ethan Hauschultz, a 7-year-old boy living in Manitowoc County, Wisconsin, was killed after being hit, kicked, poked, and repeatedly shoved to the ground while being forced to carry around a 44-pound log in the snow as punishment for failing to memorize Bible verses.

A 15-year-old boy and two adults have been charged in connection with the murder of 7-year-old Ethan Hauschultz in Manitowoc County. Manitowoc County Sheriff Dan Hartwig said in a news release, the boy was beaten, forced to carry a 44-pound log, and was buried in the snow — all before he died…

Damian Hauschultz, 15, is charged with first-degree reckless homicide and six other charges. Although age 15, in Wisconsin, juveniles charged with certain homicide counts are handled in adult court.

Damian’s father, Timothy Hauschultz, 48, is charged with felony murder and five other charges.

Tina McKeever-Hauschultz, 35, is charged with failing to prevent bodily harm, and intentionally contributing to the delinquency of a child.

Ethan was killed on April 20, 2018. However, criminal charges were not filed until late last week.

Ethan had been performing punishment ordered by Timothy which required Ethan to carry a heavy wooden log, weighing approximately two-thirds his body weight, while being monitored by Timothy’s 15-year-old son. Over the course of 1-1.5 hours, the 15-year-old hit, kicked, struck and poked Ethan numerous times. He repeatedly shoved Ethan to the ground and rolled the heavy log across Ethan’s chest. He stood on his body and head while Ethan was face-down in a puddle. He ultimately buried Ethan completely in snow. Timothy and Tina eventually transported Ethan to the hospital where he was pronounced dead.

According to reports, Damian, Timothy’s 15-year-old son, explained to authorities that 7-year-old Ethan was being punished “ for not knowing 13 Bible verses to Timothy’s satisfaction.” The report notes:

The punishment was one week of carrying wood for two hours per day. Timothy picked out the logs, but Damian had to supervise the punishment for the younger children.

According to the criminal complaints obtained by Action 2 News, Ethan and his siblings were put in the Hauschultzes’ care in 2017. The siblings told investigators Timothy Hauschultz frequently punishes them by making them walk laps around the yard carrying heavy logs, which he picks out. The children are allowed to put down the log and take a 5-second rest after each lap. The siblings said that week they were required to carry wood every day for two hours a day for not knowing their Bible verses.

According to the Milwaukee County Medical Examiner’s Officer, Ethan’s cause of death was “hypothermia and other blunt force injuries to the head, chest and abdomen.”

The Hauschultzes are due in Manitowoc County court for a bail hearing Monday morning.

Bottom line: 7-year-old  Ethan Hauschultz was killed after being hit, kicked, poked, and repeatedly shoved to the ground while being forced to carry around a 44-pound log in the snow as punishment for failing to memorize Bible verses. 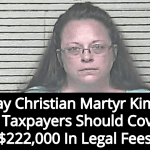 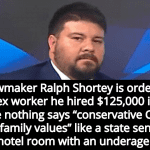 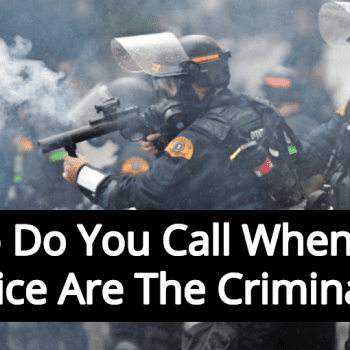