Report: Thousands Of Migrant Children Being Sexually Abused While In U.S. Custody

Thousands of migrant children separated from their families at the border are being sexually abused while being held in government administered shelters.

The shelters are privately run but contracted by the government. Many of the shelters are run by faith-based organizations, like Bethany Christian Services, a Christian adoption agency with ties to the family of Education Secretary Betsy DeVos.

According to Department of Health and Human Services (HHS) documents thousands of migrant children suffered sexual abuse while in government custody over the past four years. Axios reports:

From October 2014 to July 2018, the HHS’ Office of Refugee Resettlement received 4,556 complaints, and the Department of Justice received 1,303 complaints. This includes 178 allegations of sexual abuse by adult staff.

According to the documents, over a thousand allegations of sexual abuse against unaccompanied minors in HHS custody were reported to federal authorities each fiscal year since 2015. In total, between October 2014 and July 2018, 4,556 sexual abuse complaints were reported to the Office of Refugee Resettlement (ORR) — an agency within HHS in charge of caring for unaccompanied migrant minors.

According to Rep. Deutch, the documents were included in HHS’ response to a House Judiciary Committee request for information made in January. Concerning the damning documents Deutch told Axios:

This behavior — it’s despicable, it’s disgusting, and this is just the start of questions that HHS is going to have to answer about how they handle these and what’s happening in these facilities.

NPR reports that “the shelters are privately run under contracts with the government.” In addition, it is important to note that those shelters are often run by faith-based groups.

Progressive Secular Humanist previously reported that many of the migrant children ruthlessly separated from their family by the Trump administration are being shipped to Bethany Christian Services, a Christian adoption agency with ties to the family of Education Secretary Betsy DeVos.

In addition to Bethany Christian Services, at least two other faith-based agencies have sheltered or are currently caring for migrant children separated from their families by the Trump administration: Lutheran Immigration and Refugee Service and Catholic Charities. Crux reports:

The service, which is sometimes called “short-term” or “transitional” foster care, is being offered by Lutheran Immigration and Refugee Service, which has helped the United States Office of Refugee Resettlement with placing foster children for 15 years, as well as Catholic Charities, which works under the purview of the U.S. Conference of Catholic Bishops.

Bottom line: Thousands of migrant children separated from their families are being sexually abused while being held in shelters run by faith-based groups like the DeVos connected Bethany Christian Services. 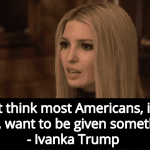 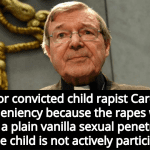 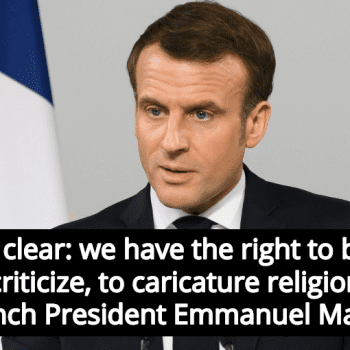