Children of same-sex couples perform better in school than kids raised by a mom and a dad, according to new research from several European economists.

The study was conducted by economists Deni Mazrekaj, Kristof de Witte, and Sofie Cabus of Belgian university KU Leuven, and “used government data tracking all children born in the Netherlands since 1995.”

The original research was presented at the American Economic Association conference in Atlanta in January.

Commenting on his work, and his findings, researcher Mazrekaj opined:

It is difficult for same-sex couples to obtain children, so they have to have a high socioeconomic status. Research shows that socio-economic status positively influences the school outcome of children.

In their groundbreaking paper researchers explain:

Our results mostly support the selection approach stating that given the time-consuming and costly procedures for same-sex couples to obtain children, same-sex parents typically have a high socioeconomic status resulting in higher parental investment.

Indeed, it seems the take away from this study is that children are likely to be more successful if they are planned for and wanted. Full stop. 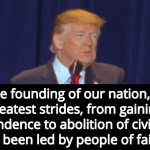 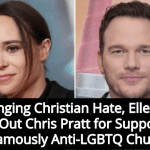