Davis — ousted from her clerk job in an election last November — has filed her own legal brief in the case, countering that Kentucky taxpayers must be forced to pay for her religious objections: “The Commonwealth is liable,” her legal team argues, “because Davis acted as a state official for purposes of marriage licensing.”

Now layers for Davis are trying to escape the debt.

Davis, the county clerk who illegally denied marriage licenses to gay couples, is asking the court to force taxpayers to pay her $222,000 legal bill.

Kentucky Governor Bevin, a conservative Christian, once pledged his support to Davis, but now his lawyers are claiming Davis must pay.

Bottom line: Kim Davis, the Kentucky county clerk who went to jail rather than give gays a marriage license, wants taxpayers to pay her $222,000 in legal fees incurred because she refused to issue same-sex marriage licenses and in so doing violated the civil rights of same-sex couples trying to get married.

(Large portions of this story were previously published here.) 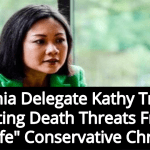 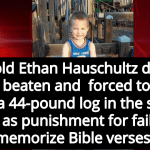 February 2, 2019 7-Year-Old Boy Killed While Being Punished For Failing To Memorize Bible Verses
Recent Comments
0 | Leave a Comment
Browse Our Archives
get the latest from
Progressive Secular Humanist
Sign up for our newsletter
POPULAR AT PATHEOS Nonreligious
1