Donald Trump Thinks Wind Power Is Bad Because The Wind Might Not Blow March 21, 2019 Michael Stone

The stupid, it burns: An ignorant Donald Trump mocked wind power earlier this week, claiming people would have to turn off their TV sets if the wind wasn’t blowing.

President Donald Trump has criticized renewable energy sources, claiming people would have to turn off their TV sets if there wasn’t a strong enough breeze to move wind turbines.

Speaking to workers at a tank factory in Lima, Ohio, on Wednesday afternoon, Trump appeared to confuse wind turbines with windmills, and told the audience: “Hillary [Clinton] wanted to put windmills all over the place.”

Trump, making a failed attempt at humor, joked with the workers, pretending to be speaking as if he were watching television with his spouse, saying:

Trump went on to claim that wind power would send property values down:

I think the New Green Deal or whatever the hell they call it — the Green New Deal — I encourage it. I think it’s really something that they should promote. They should work hard on it. … No planes, no energy. When the wind stops blowing that’s the end of your electric. Let’s hurry up. Darling, is the wind blowing today? I’d like to watch television, darling.

Bottom line: Batteries are real; Donald Trump is an idiot. 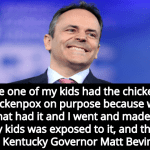 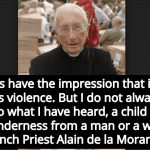