French Priest Claims Child Rape Is Not Violence But ‘Tenderness’

Outrage in France: A French priest is being condemned after suggesting that children raped by Catholic clergy were willing victims seeking tenderness from their abusers.

Alain de la Morandais, an 83-year-old priest and the former abbot of La Morandais, appeared on the French television program Audrey & Co earlier this week to talk about the resignation of Cardinal Barbarin, who was recently convicted by a French court for covering up the sexual abuse of a child committed by a priest.

The bishops have claimed to put in prevention measures. But how do we prevent it? We do not know. Pedophilia is a psycho-scientific enigma and it raises a lot of questions for me.

We always have the impression that it is a rape, that there is violence. But I do not always think so. According to what I have heard, a child instinctively seeks tenderness from a man or a woman… and often they are children who lack tenderness (in their lives).

At that point, the show’s host, Audrey Crespo-Mara, interrupted, declaring:

The responsibility is in the adult anyway, we can not say the opposite.

Despite the host’s declaration, the priest continued:

Of course. But the child is going to look for tenderness. You have all seen that a child can come and kiss you on the mouth…

Following that remark there were audible gasps from the audience, and the astonished host declared:

As one might imagine, the remarks made by Father Morandais were met with outrage. Many condemned the remarks on social media, including  the Archbishop of Paris, Bishop Michel Aupetit. On his Twitter account Bishop Aupetit declared:

I strongly condemn the words of the abbot of La Morandais 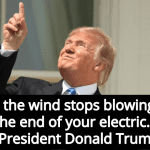 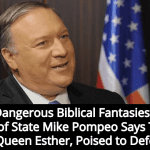