More of that Christian love: A 69-year-old Sunday school teacher in Arkansas shot and killed her husband because he had committed the sin of watching pornography.

Patricia Hill, 69, was found guilty on Tuesday of second-degree murder in the July fatal shooting of her husband, Frank Hill, at their Pine Bluff home, about 40 miles southeast of Little Rock.

Patricia Hill, 69, had asked her dearly beloved to cancel his smut subscription with the Dish Network —  after she caught him watching dirty TV shows on multiple occasions — but he apparently refused.

“She told him over and over again to stop, and he said he would but went right back to doing it,” explained Hill’s attorney Bill James…

In her statement to police, which was played in court, Hill, an avid churchgoer and a Sunday School teacher, had said she could not tolerate pornography.

In her testimony, Hill said her husband began spending most of his time in a shed in the back of their home, his “man cave,” noting:

He was sitting out in the shed drinking beer and watching TV, football or whatever he was doing out there. He had his pee bucket out there.

The guy had a “pee bucket” in his “man cave.” Keep it classy, Arkansas!

Maj. Lafayette Woods, Jr. of the Jefferson County Sheriff’s Office, explains the circumstances of the crime:

Mrs. Hill stated that she disagreed with her husband’s purchase of video pornography via the television guide, which she canceled upon discovering the purchase, but Mr. Hill managed to place a subsequent order.

Mrs. Hill stated that she entered the shed and asked her husband to leave but he refused.

When her husband didn’t leave the shed, Hill told investigators she went back to their home and got a .22 caliber pistol.

Hill said she had told her husband she couldn’t tolerate pornography, which she described as “adultery with pictures.” When she confronted him shortly before she shot him, he reportedly said, “What’s the harm?”

Hill was charged with capital murder, but a Jefferson County jury found her guilty on a lesser charge of second-degree murder. She has been sentenced to 16 years in prison for her crime. 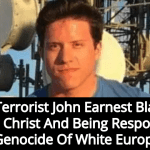 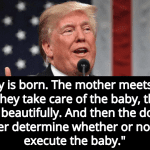