Georgia City Councilman: Interracial Marriage Is Not How Christians Should Live

Georgia City Councilman: Interracial Marriage Is Not How Christians Should Live May 6, 2019 Michael Stone

Bible Belt Racism: A Georgia city councilman defends his mayor’s decision to discriminate against a black man by citing his sincerely held Christian beliefs and his opposition to interracial marriage.

Recently Mayor Theresa Kenerly of Hoschton, Georgia confessed to rejecting a candidate for city administrator because he’s black. The Atlanta Journal-Constitution reports Mayor Kenerly told a member of the City Council she pulled the resume of Keith Henry from a packet of four finalists “because he is black, and the city isn’t ready for this.”

The fact that Mayor Kenerly rejected a job applicant because he is black is simply despicable. And to their credit, several city council members spoke out against the blatant racism. But some on the city council defended the mayor’s open racism.

For example, Hoschton City Councilman Jim Cleveland defended Mayor Kenerly, saying “she might have been right” to discriminate against the black applicant. Cleveland said:

I don’t know how they would take it if we selected a black administrator. She might have been right.

The only difference is that most conservative Christians are not as open with their racism as  Councilman Cleveland.

Bottom line: While defending Mayor Theresa Kenerly after she refused to consider a job applicant because he was black, Hoschton City Councilman Jim Cleveland declares that he’s “a Christian,” and that seeing “blacks and whites together” makes his “blood boil” because “that’s just not the way a Christian is supposed to live.” 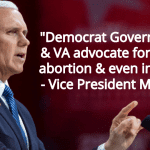 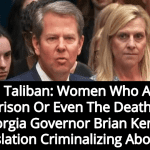